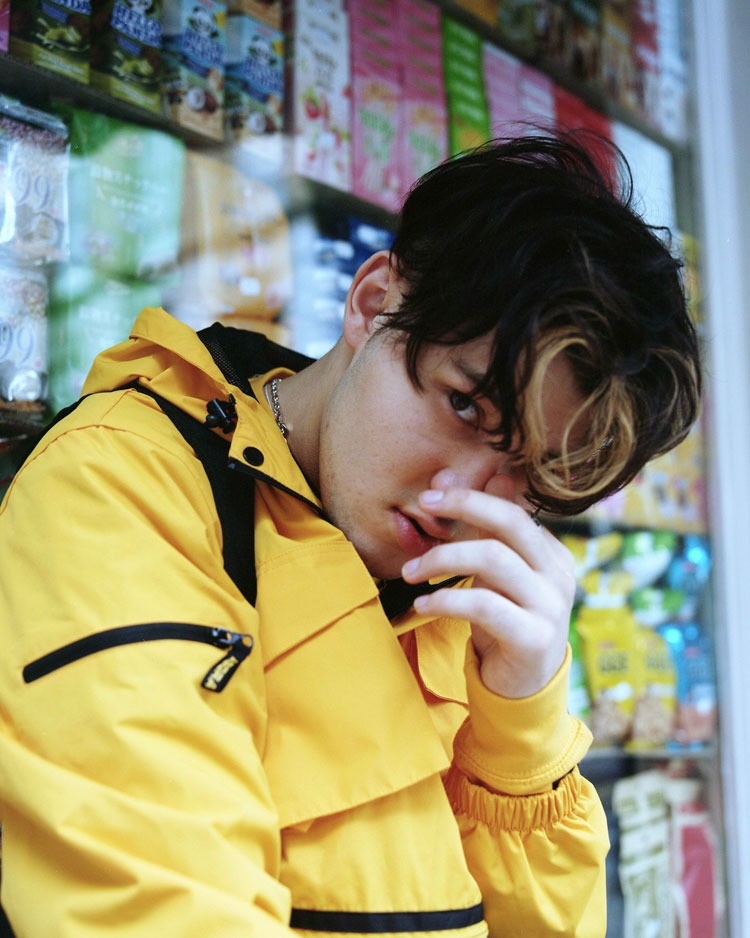 All my family are musicians, at least on my mums’ side. My Granddad played the dizi flute incredibly well and pretty much every Chinese instrument I can name. He was a brilliant musician. My Chinese Grandma use to also write lyrics for Chinese Opera (loosely). She was never as serious as my Granddad creatively, but it would be hard to find someone who was as disciplined, I think. He was super Chinese, practicing 8-10 hours a day if not more. He passed away when I was 13 which inspired me more than anything as he taught me everything I know about Chinese music and composition. However, the sadness it brought motivated me to write lyrics more as well. I think that age was so important for me as a songwriter – truly the foundations of myself as an artist now.

My mum is also like this – she plays the Guzheng (Chinese harp). So, I was surrounded by Chinese music as early as I could speak and began learning the Erhu when I was 3 something which I still play today.

My dad also had a huge influence on me. He is a bassist and introduced me to great Jazz, rock, punk, Reggae and even Grime before I was 8. I think just being raised around musicians who have had careers in the industry inspires me. But even this wouldn’t capture it exactly. There is a part of me which feels creatives tend to be born with this innate desire. It is one which I know I could not get rid of and would not want to! I always found myself in music at times where I needed it most – it was an escape from reality, therapy. Now I think my work is more polished, I hope it can be an escape for my listeners – something which connects us as humans.

Largely, what I have just spoken about. I think I have a unique taste in music and a unique upbringing around a wide variety of music. This finds itself in all my songs. I like to have fun in different ways as well. Some of my singles are just fun, they are songs which I want people to enjoy. Others are quite selfish – I make them for myself and want to challenge the listener. I want them to listen to it and try to understand the song as if it is a piece of myself – which it is in some ways, both sonically and lyrically much of the time.

Lyrically my EP is incredibly personal but one which I hope people can relate to as well. Themes of love, heartbreak, homesickness, a desire to be great are not unique to me but one’s we all share. I think this is the purpose of art – to connect us as humans. So, if I can provoke thought and contemplation in my listeners then I will see my EP as a success!

So, I always hate saying my sound is unique, as almost every artist says that. But I hope I have shown how mine is. But I suppose you will have to listen to confirm!

Your latest release ‘Moody Kid’ is out now, can you please describe the creative process and the inspiration behind the single?

It was inspired by my tendency to be a moody guy at times. I realised that nearly everyone is at times though and that is why I wanted to write it. It’s a theme which is playful and fun more than anything. I just wanted a song which felt fresh and fun and some of the people around me at the time I was writing it were just affecting my mood negatively. So, I thought, why not?

Not really. I never really identify with other artists who are seriously enthused by their situation as upcoming artists. Even when I signed to Believe Digital, I thought to myself “Okay now I need a great EP.” Good news to me often just translates as pressure. I can feel happy and excited, but I have not yet had a “wow, you have made it moment” although hopefully that’s not too far off!

Bad days are what made me realise I was had to make music seriously to add to the first question. Whenever I was sad, I found myself playing piano, writing lyrics or practicing Er Hu. Even when I have a hard time now, I am doing the same thing, perhaps just with more alcohol involved. Nothing puts aside the stress which comes with the industry side of things like another composition or song which excites you. So, in essence, it is the creation of more songs or honing my playing ability which keeps me focused and optimistic.

In your own opinion, what is the most meaningful song you have wrote? What makes you say that one?

Another Artist, the title track of the EP, speaks to me the most. It talks of my homesickness, the pain of leaving my girlfriend at the time behind, my tiresome journeys through London in a state of emptiness and sadness. It is all underpinned by this idea of a lack of belonging. As I feel these things all deprived me of a sense of home. Being in a city which I felt alienated from, losing my first love. It captures the darkest side of the EP. All of my tracks speak to me but this is probably the closest thing to what I would have sounded like if I was a track back when I wrote this however many months ago.

Is there anyone you would you like to work with in the future? Are there any future collaborations in the pipeline?

I did not want any features on this EP as I wanted my first one to purely be an introduction to me as a producer and artist. but I am going to release some songs with some artists who I like in my city (Manchester) soon. I won’t say any names yet.

Honestly, I’m trying to see where I am at the end of this EP launch. Then I can think seriously about crazy collabs.

I struggle to speak as an authority on this topic yet, but I suppose I would say work hard and be persistent but most importantly trust your instinct, as your instinct is the closest thing you will find to your Self as an artist. Do not ignores those thoughts and ideas which you have when you are alone, but put them into action because they will often be the choices that end up being most important to you I find.

But it depends on your goal as an artist. More time I think most artists just want to be icons/singers and then the question would change and I would not be able to answer it.

Three more singles and an EP! From there we will build. I hope to do some shows and keep working hard to produce another EP after this one. But I am staying realistic at the moment. Hustling for breaks and when they come, I will make realistic goals for myself as an artist; my main focus now is making sure my first EP is successful.