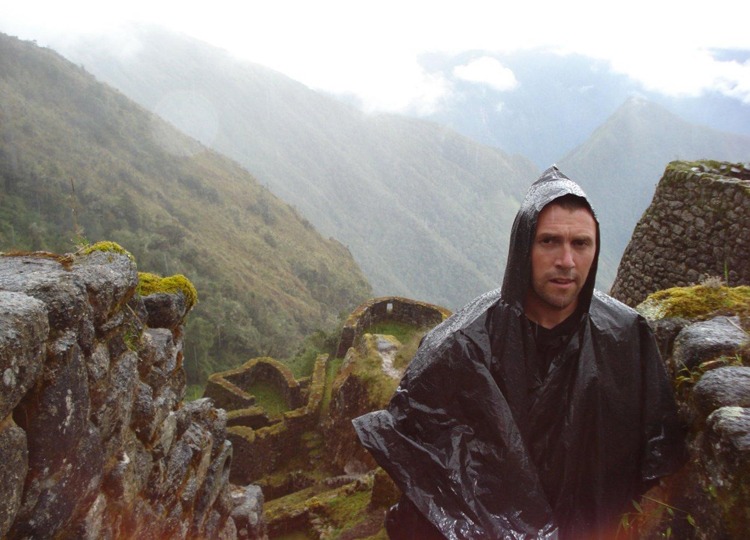 Who is Novelistme? – Lots of people hear Novelistme and think they are a band. It’s actually all written, played and produced by one guy who prefers to let the music speak for itself.

Born and raised in West London but having lived in Sydney and NYC for a while Novelistme is a proud global citizen and hopes that some of the culture and flavour of those cities rubs off on some of the music.

What inspired Noise Daydream? – It’s an album about noise. About music, particularly live music. About guitars, particularly loud guitars. About the happiness and freedom you can find in those sounds. About the uncertainty of life and the strength and direction you can find in seeking out truth, considering things, confronting things, and creating something. A celebration of the power of noise, distorted guitars and live music in a time of scarcity!

What does it sound like? – In terms of sound Novelistme is fighting to make guitar music relevant again. Think classic 60’s song craft combined with alternative rock vibes with a smattering of experimentalism. Think The Beatles and Stones genetically modified by way of Pavement, Sonic Youth and QOTSA. In terms of genre the music seems to be resonating with people from a “krautrock”, “new wave”, “hard rock”, “punk rock”, “math rock”, “psychedelic rock”, and “garage rock” perspective.

If we are going to take a listen where should we start? – So the most popular song off the album thus far by almost 2X is “Reveal The Truth”. This is in some ways quite gratifying as it’s probably the one that took me the longest time to complete! To start with I just had the cool verse riff and was looking for ages for an original musical idea for the chorus. I spent ages looking for guitar chords that would take it somewhere fresh without any joy. It was only when messing about with some synths that I came across the “melting computer” sound that ended up on the track. Additionally the vocals took quite a while to get right. The vocals in the verses were originally just intended as scratch vocals but when I tried to clean them up and improve on them I couldn’t get it to sound as good. Then getting the chorus to sound right also seemed to take an age. In the end the thing I’m proudest of with this song is I think it just sounds like nothing else!

What’s next? – He’s already working on his working next project that’s a lot more eclectic in sound and looks to explore the concept of influence and originality in some interesting ways. He hopes this will see the light of day later in 2021.

Noise Daydream is Novelistme’s 5th album. If you would like to hear his most popular songs to date (including some that were picked up by Steve Lamacq on BBC 6 Music) you can check out his Spotify page.

‘Noise Daydream’ is available now via Spotify and all major platforms.