On a mission to leave a firm imprint on the UK rap scene: Introducing emerging rap artist Amos and his latest release ‘Rock With Me’

Introducing one of the most intriguing young rappers in the UK right now – Amos, the Bedford rapper who’s on a mission to leave a firm imprint on the UK rap scene. Following on from the release of his deeply heartfelt track ‘Letter To Boris’ which dropped late last year, Amos returns with the virtuous new visual for his first release of 2021, titled ‘Rock With Me’.

Determined to be known for his catchy flow and slick wordplay at just 15 years old, ‘Rock With Me’ showcases versatility, perseverance and maturity despite his age; making it very clear that the rapper’s pen game is far beyond his time. Teaming up with MRMTMMG on visual direction the video plays on the lyrics “I’m tryna get bread, skip jail like monopoly” opening up with Amos and friends playing the popular Monopoly board game before transitioning into the next scene which reveals candid moments of Amos before he takes centre stage at the mic. 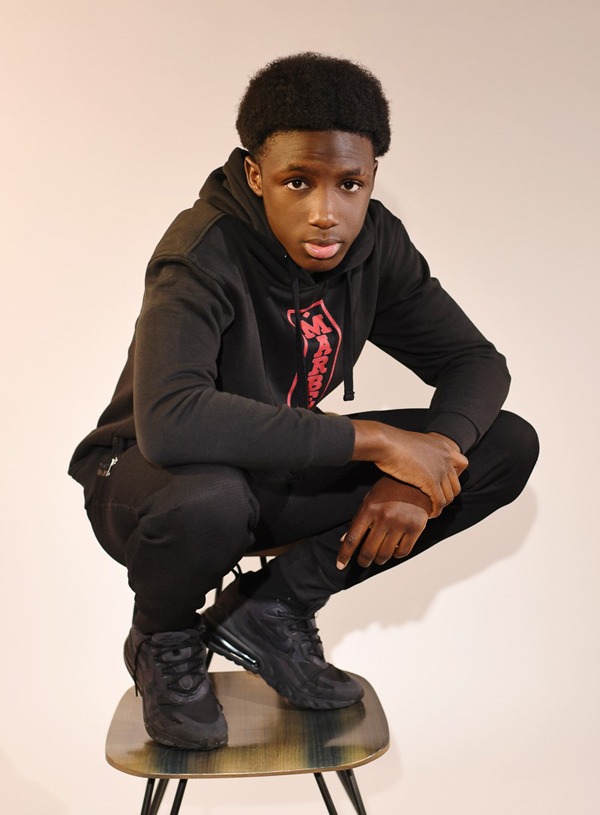 Having been privileged to make it to the semi-finals on last year’s season of ‘The Voice Kids’ where he performed an explosive drill track written and co-produced by himself entitled ‘No Violence Ting’ aimed at the youth of today, Amos has gone on to keep his 17,000+ followers amassed on social media, anticipated in the lead up to his next release as a result of his his playful online freestyles.

Garnering an abundance of support alongside critical early coverage from tastemakers Equate Magazine, VIPER and The Voice, Amos continues to tease with a string of impressive singles under his belt. With an upcoming debut EP to add set for release this year, this is categorically the beginning of an exciting journey ahead. Amos’s undeniable charm and lyricism are without doubt set to define and establish him as one of the scene’s brightest new talents. As Amos proclaims in his latest single ‘Rock With Me’, rock with him as this years destined to be one with many highlights.

‘Rock With Me’ is available now via all major platforms.