“Nothing’s wrong with a little vanity”, UK rap newcomer WOHDEE asserts on her confident new single aptly titled ‘VAIN’, which is all about being confident and not hiding it! Produced by Sammysoso, who has previously worked with the likes of Wizkid, KSI, JME, Ard Adz and Trillary Banks, ‘Vain’ marks the first official single from Birmingham native Wohdee, following a string of freestyles that have taken the internet by storm, including her Young T & Bugsey ‘Don’t Rush’ and Millionz ‘How Many Times’ challenges.

The young fast-rising rapper, singer and songwriter is on a mission with her new offering ‘Vain’ to try and make people feel good about themselves and boost their egos, because according to Wohdee, “When you look good, you feel good – when you feel good, you do good”. For the music video that accompanies ‘Vain’, Wohdee has collaborated with video directors Jay Parpworth (Dizzee Rascal, Stefflon Don, Not3s, Fredo) and James Agbona (Yxng Bane, M Huncho, Nafe Smallz) for a glorious visual affair that brings the track further to life. 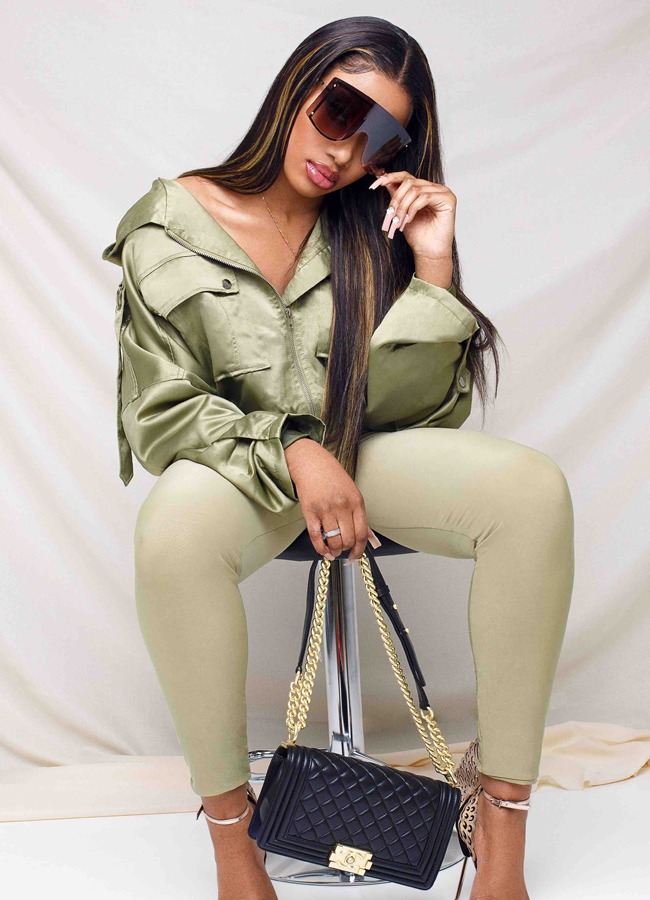 Speaking about the inspiration behind her new single ‘Vain’, Wohdee says, “The idea for ‘Vain’ came about when I was in the studio listening to the beat. I was puzzled on what to write about, so I asked my sister and she said to write about being vain (because I am). The ideas flew straight to my head after that, and making the song was quite easy. At first, I viewed it as fun and shallow, but now it’s more of an affirmation. Sometimes I have to remind myself of who I am, and the song reiterates it. I hope ‘Vain’ makes people feel good about themselves while listening to it. I want it to boost a lot of egos and gas a lot of heads”.

While her freestyles have been causing quite the stir and highlighting her immense talent over the past 12 months, Wohdee only started recording original music during the first lockdown last July, with the stellar ‘Vain’ among the first records she ever made. She is now poised to release three further singles over the summer, with her debut EP scheduled for later this autumn. With influences from the likes of Chip, Lauryn Hill, Missy Elliot and Movado, a strong penchant for rap music, and the skill and fluidity to dip between genres from hip-hop to R&B to dancehall, Wohdee is already showing that she is one to watch for 2021.

‘Vain’ is available now via all major platforms.