A stunningly potent and compelling body of work: ‘Worst Ways’ is the new EP from singer-songwriter and musician Rudie Edwards

Spellbinding UK talent Rudie Edwards follows on from her statement releases ‘Young’, ‘Forgetting’ and ‘Worst Ways’ with the release of her new EP of the same name. 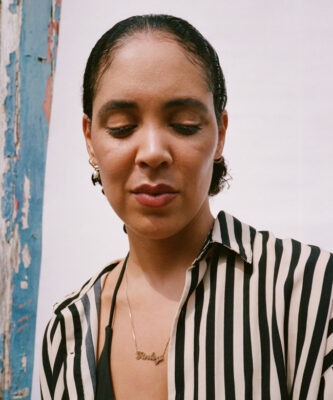 The ‘Worst Ways’ EP emerges a stunningly potent and compelling body of work – and looks set to continue the attention forming around Rudie as a significant new name in the UK landscape.

With ‘Young’, ‘Forgetting’ and ‘Worst Ways’ already underlining her notable talent in crafting melodic, memorable ballads in pure form, the Worst Ways EP consoli-dates the sense of an artist, writer and producer (Rudie co-writes and co-produces everything she creates) with huge potential. The 3 unreleased tracks ‘All or Noth-ing’, ‘The Saddest Song’ and ‘Jumperman’ all showcase a rare ability to blend pop hooks and meaningful lyricism with a real persona – Rudie’s effortless command of her vocal talent acting as the bridge across the different moods, never waning in its appeal and ability to keep the listener on tenterhooks.

Rudie’s emergence this year has already seen critical support across both sides of the Atlantic – with CLASH, NYLON, AV CLUB and MIXTAPE MADNESS amongst others all proclaiming a compelling new voice.

Originally from Dover on the south coast of England, it was Edwards’ own musical ambition which eventually drove her out into the wider world, to arts school in Lon-don and eventually to the US – writing for the likes of CeeLo Green – before coming home and finding her own sound. With the kind of talent plainly on show with this, her first body of work – makes for a very exciting trajectory for the homegrown star.

The ‘Worst Ways’ EP is available now via all major platforms.