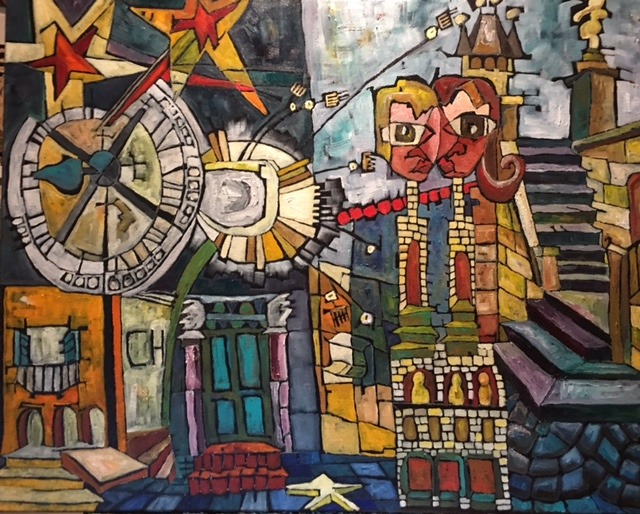 Holly Spruck’s paintings have been featured in solo and group exhibitions in galleries across the United States and abroad, including the Merrill Jennings Gallery, ArtWorks On Main, Dialect Design, and the Green Rice Gallery in North Carolina, and the Blue Moon Café in Portsmouth, New Hampshire. Her solo exhibitions at the Radost FX Gallery, Hairline Studios and the Ouky Douky Cafe in Prague, the Czech Republic were sold out on opening night.

Her work is included in private collections across the US and around the globe. She has a devoted following of collectors who have been known to buy her paintings directly off the easel, before they can even dry. Her paintings have been featured in publications including THINK magazine, Creative Loafing, and on the cover of The Main Street Rag. In the ART IN HAND project, her painting is featured as the joker in a deck of 53 cards by regional artists in North Carolina.

When I look at your work, I see a lot of influences from the Impressionists to the Cubists. What would you say your artistic influences are?

I am influenced by the Cubists. They showed multiple views in their work. I also show multiple perspectives as well as multiple depths by overlapping objects and breaking up composition. This creates ambiguous spaces which establishes a mood. My Other influences are: Friedensreich Hundertwasser, Egon Schiele, German Expressionists and Abstract Expressionists for their bold colors and intense subject matters.

According to your artist statement: “The commute to work, a conversation with a friend, getting lost in a maze of city streets in Spain, seeing the colors change with the seasons…This is where I get inspired”…What has inspired you most as of late?

Lately, Travel inspires me. I have been lucky enough this year to go back to my adopted continent, Europe, 2 times this year. I hadn’t been back for 12 years. It was like coming home.

I am also inspired by a new way of painting for me. I am 45 years old. The Middle Ages of human stages. As I get older, I want to preserve my memories. Every time you recall a memory, they say, part of it fades. Year after year, the favorite memories lose detail until only the shadow of the essence is left. Emotional memory never leaves us. It might become less intense over time but never fully leaves us. Nor would we want it to because then the memory would be gone. Grief is like this. This is how people live on after they pass. Through the livings emotional memory.

This new style evolved for me: the palette knife, the process of starting with the detailed contour drawings and working my way to the point tramadol without prescription where, with slabs of color and no straight lines, no crisp definitions, the Expressionist essence is let loose. The hazy, fuzzy aspect of these paintings fits my mental state, as my unfocused mind jumbles with non-linear thought. Our modern times are full of disillusionment, abandonment, betrayal – things are either moving too fast, or they are not moving fast enough. I respond with blobs of color that might explode. Letting go of the need for control and order. Add everything then strip away till you find only the important part.

Edvard Munch once said, “One should not paint what one sees but what one saw. It is the emotional impression”. 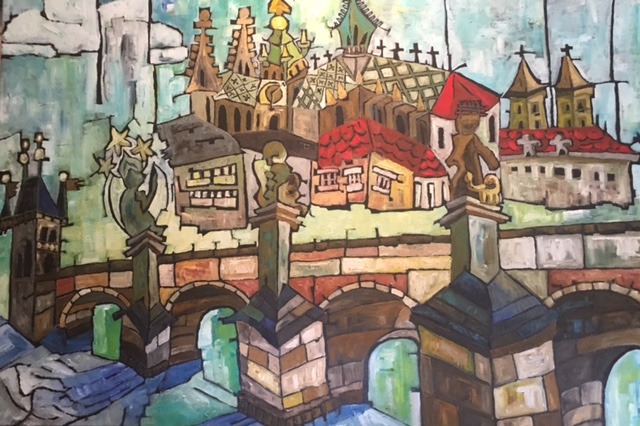 Tell us a little about your technique. I found it interesting to read that you work on a black canvas. Are the black outlines the actual canvas showing through? Anything else you’d like to share about your process?

I stated above the process of my new memory pieces, but the process of my narrative work is quite different. I actually learned it from my friend and colleague, Jesse Littell, while living in Prague from 1996- 2002. After doing many sketches of my image or story, I move to a black canvas. With a China Marker I draw and redraw the image or scene on the canvas. I add lines to break up the composition into a mosaic-like effect, creating broken or shattered spaces. This changes the composition by creating an ambiguous space. The viewer is left unsure of the depth of the objects. Then I fill the spaces with bold expressive color using oil paint. I fill the color just up to the China marker line leaving part of the black canvas showing. The black varied contour lines are the negative spaces of the black canvas showing through.

Describe your studio or where you paint. Do you have any rituals or music you like to listen to to get your art-brain going?

I share a studio with Rick Pryll author and husband, at Hart Witzen Gallery in NoDa, Charlotte, NC. I do listen to Pandora while I paint. The Cold Play station when I am feeling more upbeat and the Smashing Pumpkins station when I am not so upbeat. I also make a cup of coffee before I start working for the day. 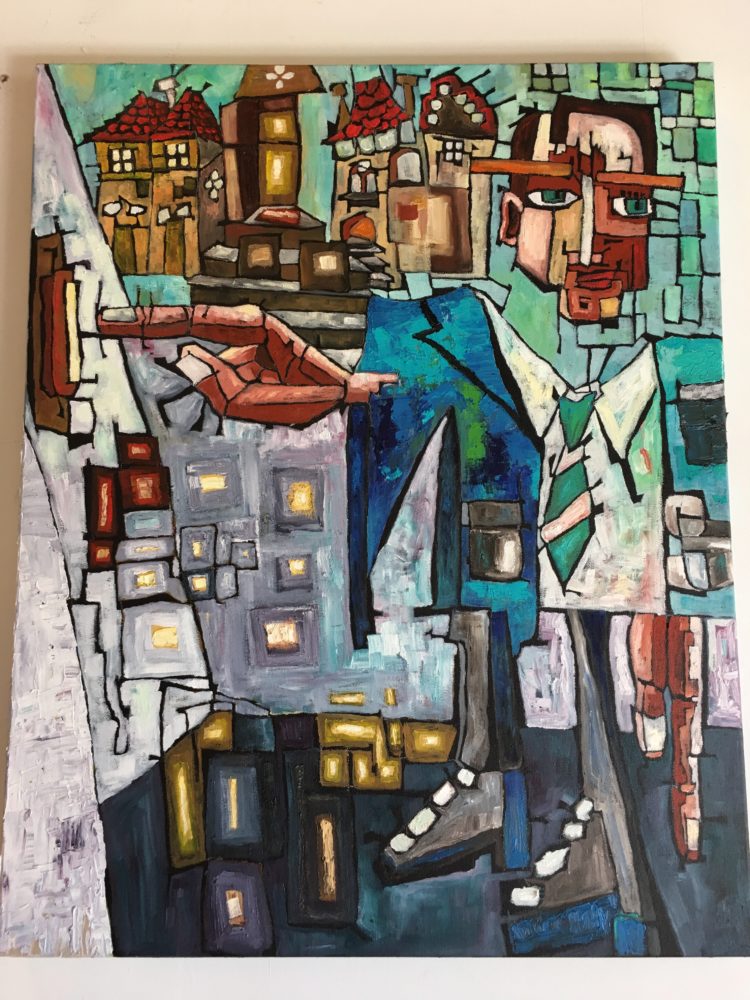 Holly- first name
Marie – middle name named after my grandmother Mary
Cecilia- Christian confirmation name
Agar – my grandparents name. They helped me financially in college so I include them in my art name.
Spruck – my last name.