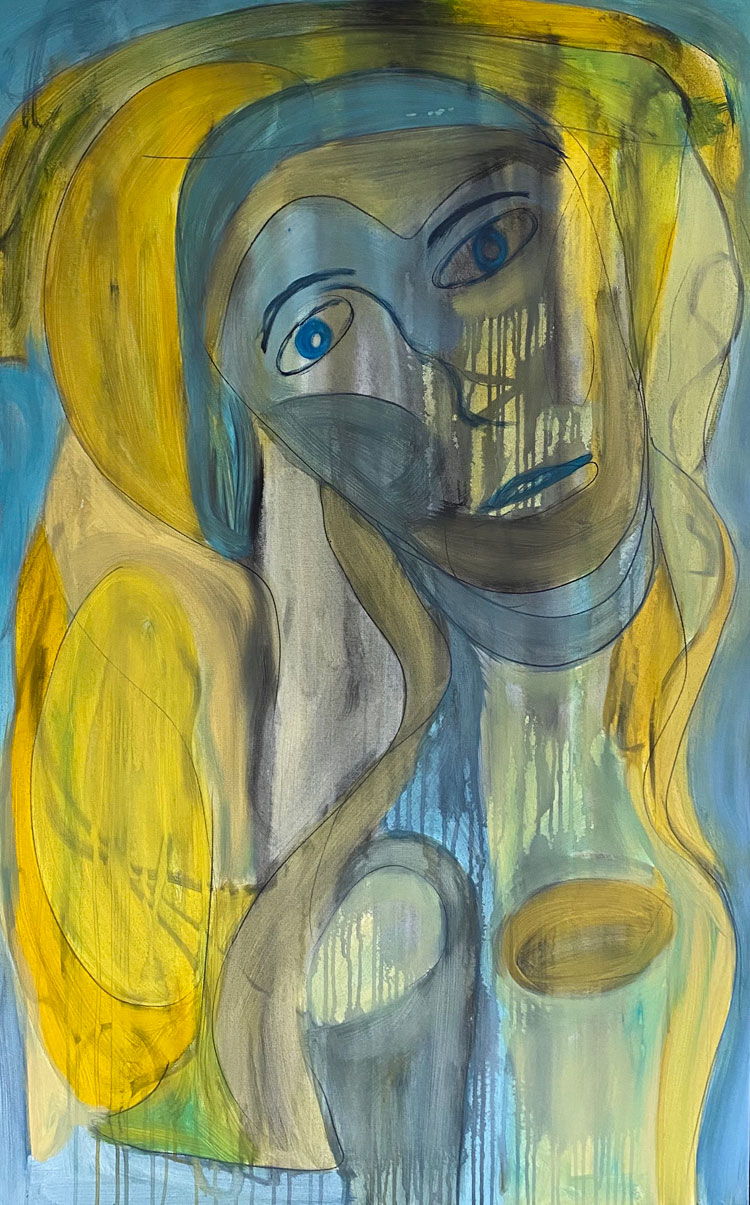 John Bacon, aka Bacon Modern, was born in Coeur d’Alene, Idaho, in the United States. He later moved to Oregon where he grew up and went to school. He graduated with a medical degree and practiced as an orthopedic surgeon for 30 years. John, still lives in Oregon, with his wife Claire. He has always had an appreciation of the arts and is a collector himself. John has been collecting works since the 1990’s and has amassed a number of pieces. While he has been appreciating art for as long as he can remember and adding to his own personal gallery for 25 plus years, he had never experimented in the arts and had never taken any formal training.

All of that changed a few years ago while vacationing in Santa Fe. His wife asked John if he would take a private painting lesson with her. He reluctantly agreed. That lesson resonated with him. John enjoyed the experience so much that when he returned home he began to paint. His interest in the art form led to him taking two online painting courses from the Art Academy University in San Francisco on colour and abstract painting.

In his paintings John uses colour and form to create energy which generates interest. He enjoys experimenting with new ideas and techniques. His favourite part of the painting process is creating unique colours through his mixology process. These new pigments are one of the key features of his work, which helps to create a distinctiveness in his paintings. John’s intent with his unique style is to draw the viewer in by the overall effect of the painting before looking at the details.

Although there have been many influences in John’s work he cites Picasso, da Vinci and Hans Hoffman as artistic inspirations. Picasso’s cubist style can be seen in John’s work, where he feels the confidence to be different in his approach to his subject matter. From da Vinci, John learned about layering; these levels of depth are apparent in John’s work. Finally Hoffman, a 20th century abstract artist, is the motivator behind the contrast and energy in John’s work.

John’s inspiration comes from within. He “feels” his paintings more than he sees them. For John the painting process is a function of momentum. Beginning with unstructured lines and shapes he begins to develop the painting allowing the canvas to lead the way. Once the first positive step is made, the painting generally starts to fall into place. He actually becomes so wrapped up in a painting that he usually does not stop until the work is complete, so as not to lose the momentum the painting process has created.