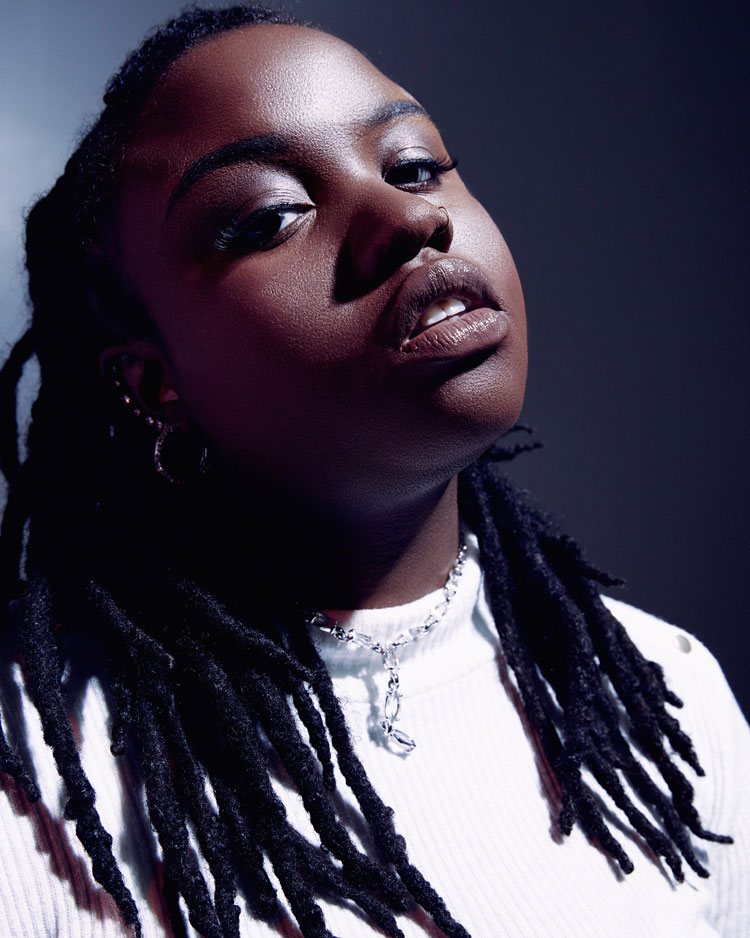 American singer-songwriter and producer, Kareen Lomax, is an emerging young talent with an unmistakable voice. Born in the suburbs of Marietta, Georgia, her surrounding environment inspired her distinctive sound, best described as alternative-soul. Her sphere of influence spans across multiple genres and contains soothing yet rich rhythms that bear similarity to Tracy Chapman and Marc E. Bassy. With lyrics that bring her story to life, Kareen uses clever wordplay and catchy melodies to take listeners on an intimate journey.

Well I started writing about my life on long road trips back and forth between Georgia and Virginia to visit my grandparents as a kid. My mom’s family is from the country of Virginia and I’ve lived right outside Atlanta in the suburbs of Marietta for most of my life so nature has always inspired me to create my own world. I began playing guitar and started singing cover songs and then started to put my writing to guitar to work on developing my sound.

I feel like my voice distinguishes me from other female artists and my sound is very personal and conversational while at the same time having universal depth with at least one song for everyone. I am also pretty much a jack of all trades involved in every aspect of my career; especially the creative process.

Your latest release ‘Hard Feelings’ is out now. Can you please describe the creative process and explain the meaning behind the single?

This was the first song that was created after I decided not to do music anymore at the end of 2018. I was in a dark place and thinking of going back to school after getting a taste of the music industry when I had randomly stumbled into a studio in Atlanta called ‘Parhelion’.

I remember so vividly looking through the glass of the vocal booth working on a different record (that will never see the light of day), and watching as the producer of the track, Sensei Bueno peeking in the door and asking who I was. He then played me this beat idea and suddenly there was a place for me to put everything that I was going through. The previous circles I was running in were full of people that didn’t have my best interest at heart. I had to say enough is enough and stop playing myself.

Taking a second to breathe in deep and realize how this time last year I was wishing I could be doing the things I’m doing right now. Reminding myself that how far I’ve come should always outweigh how far I’ve got left in my mind. I try to genuinely appreciate where I am right now and live in the moment.

‘Hard Feelings’means a lot to me because I’ve never been more honest. But I have another song off my upcoming project called ‘No Regrets’ that speaks so much to where I am in my life right now because the hook sings “I wouldn’t change a damn thing” and that is so true. I realize now more than ever everything happens for a reason.

I think the first time I went viral with a release back at the end 2016/ early 2017 was a moment I’ll never forget. Having so many people react to a song made me realize “OK, I’m on the right path !”. Also, last month I had a record come out with Diplo & Paul Woolford and the reaction to that has been really encouraging. So right now I’m living in a ‘wow moment’ and I’m praying this is just the beginning.

Spend time figuring out exactly what it is you want to do in the industry so that it’s easier to map it out. Also try your best to exercise your ear for music by being open to listening to different artists because I feel like if you’re able to recognize quality, then you can have a career in music.

I just finished my project called ‘Hard Feelings’ and I’m hoping to put the full thing out at the top of 2021. But to be honest I’ve been slightly hesitant trying to plan too far ahead. One thing this year has taught me is anything can happen at any moment so I’ve been trying to take things step by step and stay positive.

I’ve been practicing guitar more and I’ve picked up the tc helicon (vocal looping) that I want to incorporate into live performance after lockdown.

Just that ‘Hard Feelings’ is a taste of what’s to come off this project and I can’t wait for the world to hear it.

‘Hard Feelings’ is available now via all major platforms.