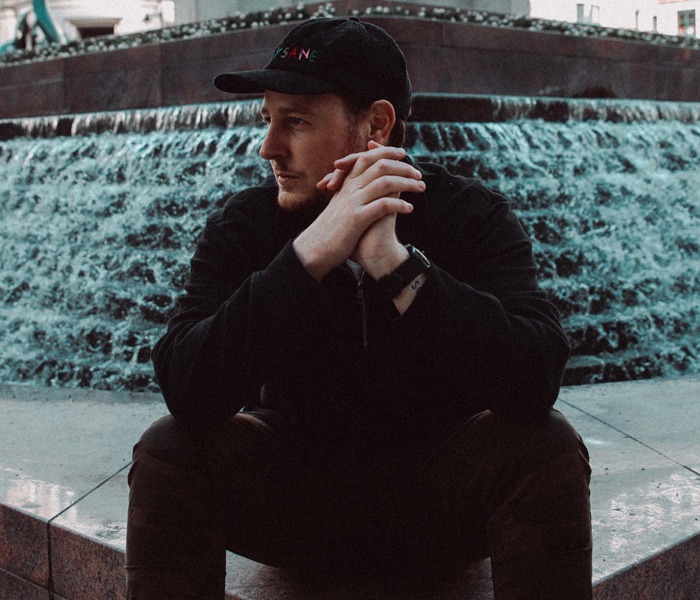 I couldn’t really imagine doing anything else….

I make a variety of music genres. Whether it’s for me as an artist or if I am producing for someone else, my style is ever evolving. I have some signature techniques and sounds that I like to work into my productions. Drum style and vocal chops are my faves.

Your latest single ‘Just To Get By’ ft. Erol Flint is out now. Can you please describe the creative process and inspiration behind the collaboration?

We started this one in lockdown after I sent Erol a load of ideas I had been working on. He initially sent back a demo freestyling – singing and rapping – over the whole thing and from there we went back and forth on the idea. Initially he’d freestyled a 32 bar verse so we had to cut a few things down and change the arrangement to fit his idea. Then we did a couple of Zoom sessions to tidy it all up. The whole thing was such a vibe. We probably cracked more jokes than we did recording and working on the track!

I think after the last 18 months everyone has had to get better at living in the now so I try and focus on the present and remind myself that bad days go and are just a part of it. I also listen to a load of podcasts. Joe Rogan Experience, Broken Record, No Jumper and Below the Belt are some I’ve been listening to loads at the moment.

Probably a song that hasn’t come out yet on my next project I’m aiming to release before the end of the year. It’s a song about the toughest situation I’ve ever been through. It has been like therapy making the whole project.

It completely depends on the situation. If we’re in the studio together I tend to encourage people to expand on the idea they already have. I like to help with topline, lyrics and song subject ideas. Over the last year most of my collaborations have been over Zoom or WhatsApp so building a relationship with someone outside of the creative process is key. It’s then easier to say exactly what you mean without someone catching feelings. Voice notes on WhatsApp are the one because when people can hear what you’re saying they don’t take it so personally! Plus you can drop some jokes in there….

You’ve just got to enjoy all the little wins. Celebrate them all.

Well…me and Erol have a few more songs that we’re dropping. I’ve also got a project that I’m aiming to release before the end of the year. It feels good to finally be back DJing in front of people so let’s see where it all takes me!

Having fun is way better than being serious!

‘Just To Get By’ ft. Erol Flint is available now via all major platforms.