Inspired by His Heritage to the Neuro-Complexities of the Mind: Meet Artist Papadu 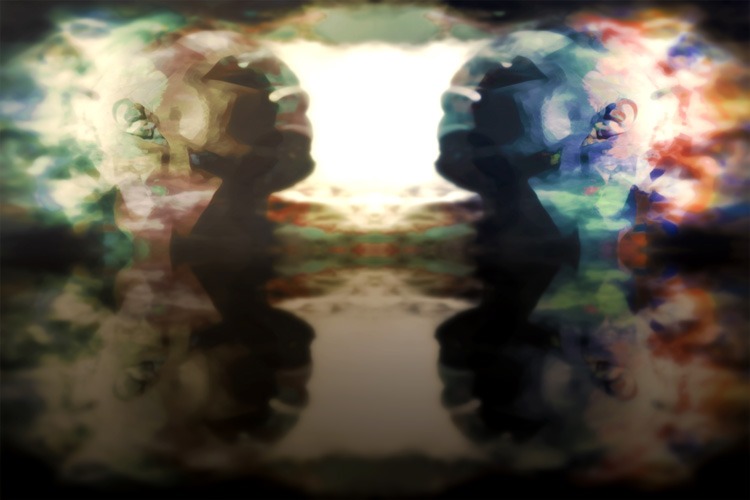 Papadu is a creative introvert of Nigerian American descent who grew up in Michigan. He attended Yale University and earned a Bachelor’s Degree in Architecture. During his undergraduate studies, Papadu received his first introduction to Photoshop, as well as other digital design tools. He also spent time abroad studying and travelling in Europe. Those experiences had a profound impact on his current artistic expression. After University, he went on to work in Finance, Marketing and eventually Software Development. However, after his first job, Papadu suffered a nervous breakdown and, after a series of hospitalizations, was diagnosed with Bipolar Disorder. While his diagnosis came with many challenges, there were certain moments and experiences that had an intense spiritual quality and were quite profound. Other times were characterized by ineffable elation and euphoria as well as an intense urge to create. It was during these moments, that he would begin to experiment and innovate, beginning a 10-year creative process that would eventually lead Papadu to where he is today.

In grade school, Papadu had an excellent art teacher who covered Monet, Picasso, Van Gogh and most of the great western artists. At home, he was exposed to masks, pottery and small sculptures from Nigeria. Having grown up in a West African household, he was greatly influenced by African Art and sculpture. As a child, looking through books and pieces contained within his home, he observed the dynamic forms, exaggerated features; geometric patterns and attention to detail that characterize African art. These would form an artistic foundation that would express itself later in life – one where he seeks to give a fresh and insightful two-dimensional take on these traditional characteristics.

In college, while studying abroad in Italy, he took a course in Futurism. Papadu believes this eventually had a profound impact on his work, especially, his experimentation with various methods of expressing dynamism, motion, and vibrancy. When the intense and sometimes surreal experiences that characterized his bipolar episodes intersected with Papadu’s technical pursuits in photography, photo manipulation and digital painting, it produced results that were often jarring and lacking in traditional aesthetic merit. However, a few years after he stabilized, those experiments eventually bore fruit, leading to the work he produces today.

His work encompasses a variety of styles, ranging from Abstract to Representational. His abstract art has elements of Memphis Style, Surrealism and Abstract Expressionism. Conversely, Papadu’s representational human pieces are heavily influenced by both Futurism and West African Art, especially sculpture, which uses a combination of geometrized forms, exaggerated and warped features, as well as colours to create dynamic and vivid imagery. While his heritage plays a large role in his art, so too does extreme states of emotion. As such, he aims to create art that moves the observer at a deeper level, which is evident, in both his abstract and representational pieces. As much as emotion plays a key role in his art, Papadu is highly driven by the urge to be different. For him, there is no greater compliment than hearing the words “Your work is highly unusual!” The beauty of the natural world also plays a significant role in his work. Much of Papadu’s abstract art is influenced by his interest in clouds, the sky and space. He enjoys taking pictures of sunrise and sunsets and manipulating them in various ways to create scenes that bear no resemblance to their original components. 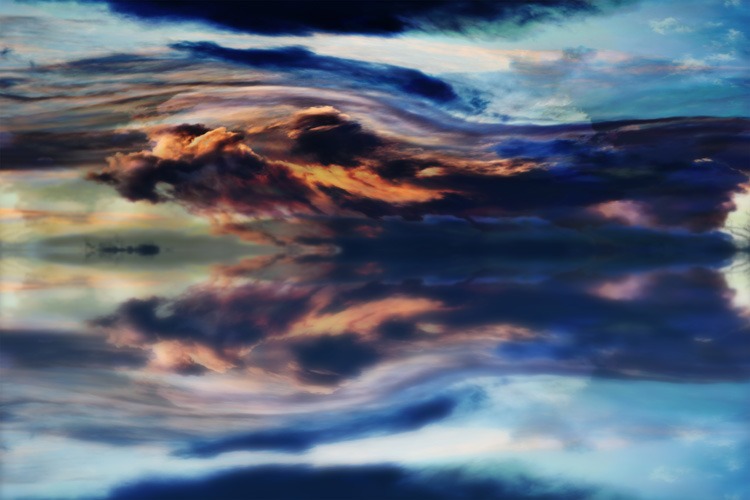 In examining Papadu’s artist statement, it is evident that he views art and the creation process on a very different and unique level. He is greatly interested in the exploration of the deviations from reality that occur, while individuals encounter transcendent spiritual experiences and during the use of psychoactive substances. As well and perhaps more importantly, he is also fascinated by the experiences of those who have mental illnesses like depression and bipolar disorder. While in altered states, the observer’s experiences deviate from the norm, in various ways, ranging from auditory and visual hallucinations to severe and debilitating delusions.

Papadu recognizes that it may never be possible to fully convey the complete nature of the experience of the neuro-divergent to the general population; however, this is exactly what he attempts to do. With digital painting and image manipulation, he uses various techniques to distill, warp and often “complexify” once recognizable forms into vivid and captivating scenes and portraits. The accumulation of these manipulations produces effects that can be viewed as approximations of the previously mentioned altered states. His work seeks to address the full gamut of these experiences, from ineffable elation and sublime ecstasy to crippling fear and incapacitating rage.