Taken from their forthcoming EP, ‘Come Over’ is the new single from Singer-Songwriter Jo Hill and Multi-instrumentalist & Producer LAVENDUH

After meeting in London in September, Cheddar born singer-songwriter Jo Hill and Nottingham born multi-instrumentalist and producer LAVENDUH have come together to produce an EP that addresses the monotony and blues of lockdown via the medium of dance music. Jo recently moved to London after graduating university, where she studied Arabic, with the hope of meeting new collaborators. She has worked with artists such as Fred Again.. and written for pop band BTS, but it was during the first lockdown that she began writing a song a day to develop her own artistry, whilst also working in her local strawberry farm in Cheddar. Jo moved to London and met LAVENDUH via Instagram DMs within a few weeks. 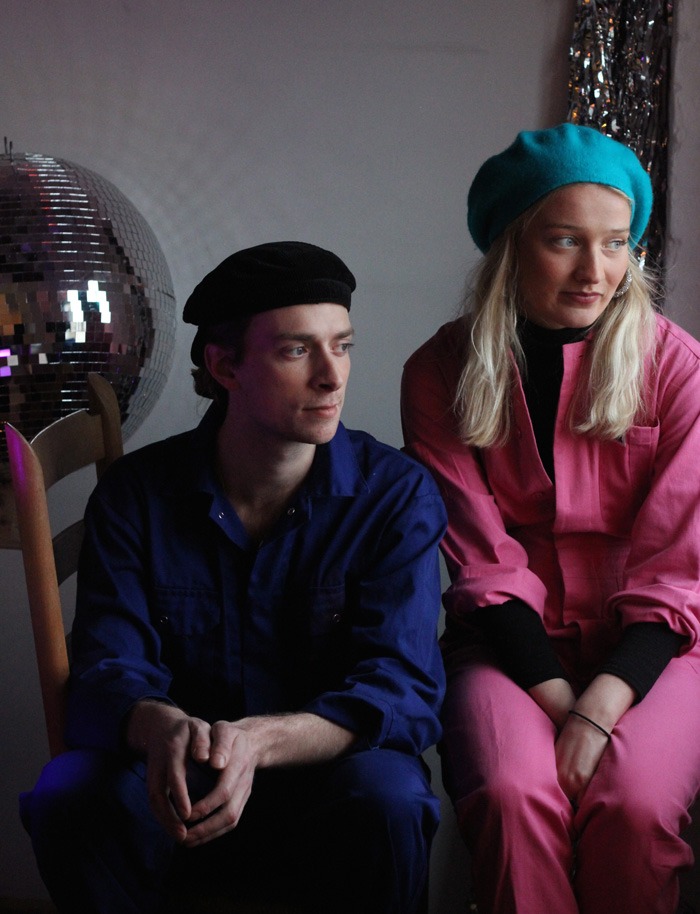 LAVENDUH had moved to London a year earlier, and has been writing and producing non-stop, collaborating with a range of artists including Crvvcks and Bamily. Jo and LAVENDUH connected instantly, both on a sonic and personal level, and began sessioning together, bonding over their favourite Netflix show, I Think You Should Leave, and sharing their favourite musical influences. Initially, the pair followed a more neo-soul route, but one day in the studio with songwriter and collaborator Camilla Dunhill, the three wrote the first song for the EP, Get Up. It was then that they decided to follow a dance-inspired path; the four-track project is an ode to dance, getting drunk, going out with your friends, being needy during lockdown, but beyond this, it aims to get everyone up on their feet to celebrate the fact that we still have the power of dance despite everything being closed. Come Over is the first single off the EP, entitled I Just Wanna Dance.

This single can be described as a harmonic explosion in which a modern garage beat is mixed with disco infused strings and harmonic pop vocals. It has featured as track of the week on BBC Introducing in the South West and is available now via all platforms.