After prior demonstration of his ability, the 22-year-old artist returns to bring his distinguishing blend of UK R&B and Pop. ‘Good Thing’ is sensitively produced, both in the music and the video. Offering a clear indication of how far Harry has come since the dawn of his artistry which started when he was just 13.

Always possessing a love for music, as a fresh teen, Harry supported the multi-platinum selling boy band Blue at a 20,000-attending show and it did not stop there. He also supported The Game on the Amsterdam show of his European tour. An innovative mix of musical influences and genres, such as Craig David, Dappy and Chris Brown which can be heard in this recent single ‘Good Thing’.

“Classic R&B made me fall in love with singing and there’s still a place for those elements in 2021, I just want to fuse it with what my generation love today.”

Not just his voice caressing the R&B instrumental but filled with a desolate story and a narrative of looking back on a past relationship, how it was a “Good Thing” but it’s over now. Sonically the track provides empathy, successfully portraying Harry as a character. Expert backing vocals play a superb role throughout the track and the chorus despite being of a sad nature, is charmingly written with an enchanting melody and replay ability. The instrumental helps to set the mood, flowing and changing with the track as the journey and tone changes throughout. Dreamy chord progressions are played across guitars and wobbly piano synths which sit over the R&B drumming arrangement.

The partnering visuals feature Harry alongside a female actress giving context to the passionate lyrics of the song. Using multiple locations including Chinatown in London, the viewer witnesses distressing scenes between the two characters which gives that extra graphical passion that can be heard in ‘Good Thing’. Mixed with monologue sections of performance with Harry, this classy production does his next hit an abundance of justice. 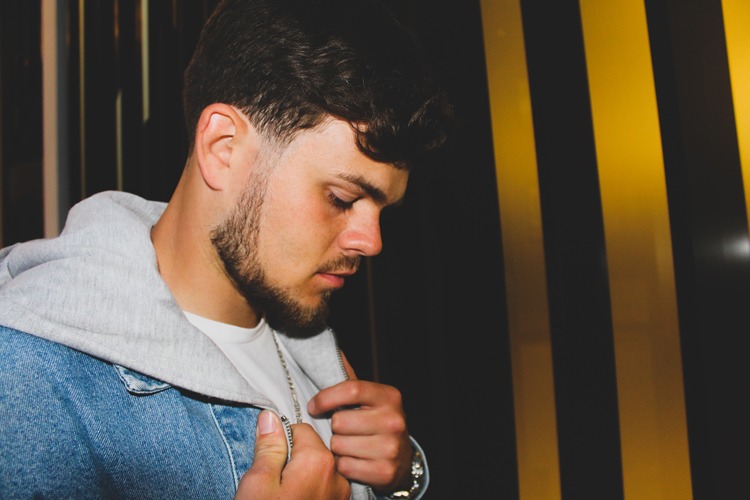 After his previous collaboration in 2019 with Landis and Breikthru, Harry was rewarded with his biggest release to date and an insight into his potential. The track ‘Find Me’ has amassed over 750,000 streams on Spotify alone and even placed in 2020’s Celebs Go Dating and The Only Way Is Essex. With many more releases poised to come very soon, ‘Good Thing’ is the beginning of a chain reaction for more music and Harry’s growth in the UK scene.

‘Good Thing’ is available now via all major platforms.