Chris Green, was born and raised in the United States to a military father and mother. Coming from a military family, he moved around a lot and lived in several states. This unique experience allowed him to meet individuals from countries around the world. In meeting these people Chris was introduced to the cultures, the histories and the experiences of others from a diverse range of backgrounds. Not only did Chris move around a lot, but he was also fortunate to have gone on many trips with family and friends. On these journeys Chris felt the need to document something exceptional and so he documented and photographed unique and personally meaningful images. The photos sat dormant in his hard drive for nearly a decade.

Chris went to university where he trained and graduated as a scientist. While by title Chris was a scientist, he has always wanted to write a book. Upon completion of his studies, he began to design a book cover for a novel he was writing at the time. Chris accessed the pictures he had taken almost ten years earlier. From there a prismatic wave of ideas opened up. What was once childhood memories, provided whole new meaning as he saw these images in a different light, one which has led to the art and writing he currently creates.

Chris’ art can best be described as photography integrated with digital designs. His childhood experiences where he met so many people, individuals who were both so different and yet very similar, gave him hope and inspiration. He never lost that perspective. Today, his work explores the impulses of what it means to be human, both the good and the bad. Through his art he ponders the factors that make people who they are.

While his work explores what it means to be human, some of his art is also used to honour the incredible people he has met on his journeys. This can be seen through his piece Sun Soaked Sevens (Singing to the Trees). 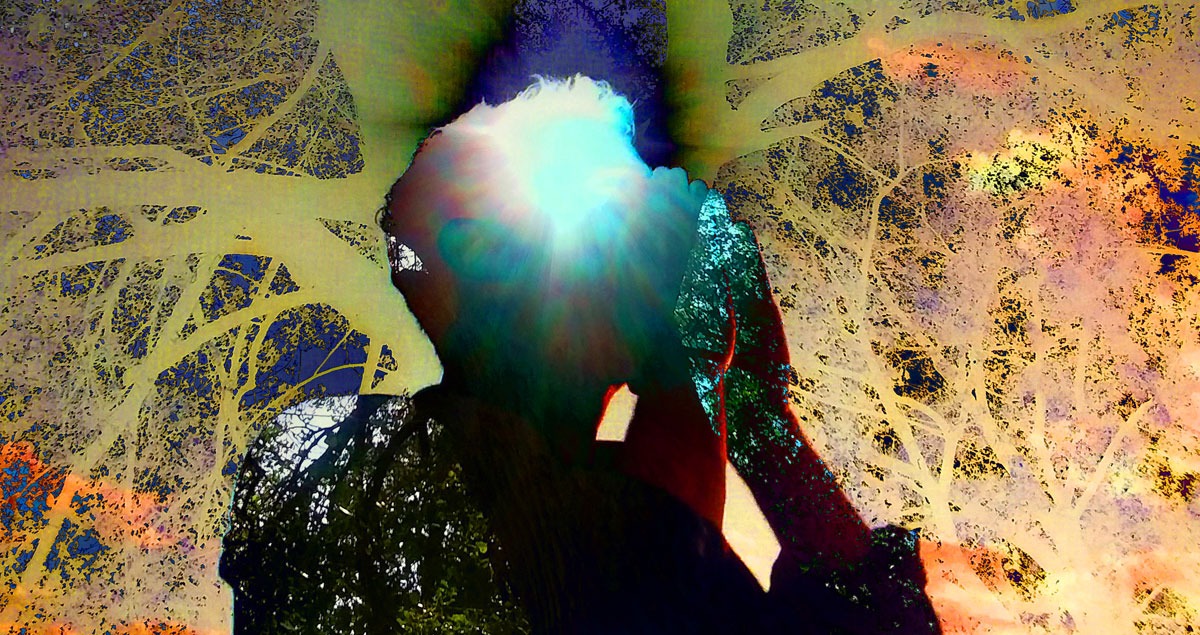 Singing To The Trees

There is no seaming in the dress room
Allll dayyy long

On the road up to her hometown
Overrr theee birdsong

As I may stand up with the vision
Yess itttt may

Like a cherry of schissive derision
Annnnd thennnn none

Chris’ pictures that capture the human experience and his accompanying writing can be found on his Instagram site.