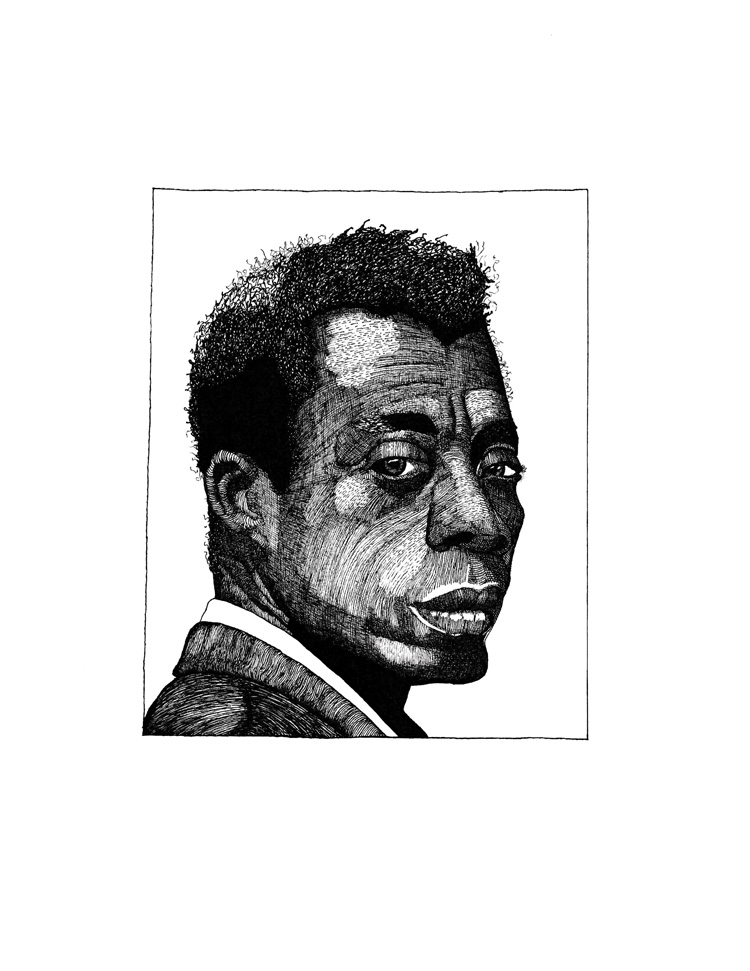 Abe Brennan is an American sketch artist residing in Denver, Colorado. Inspired by the punk rock music scene in his teenage years, he became a touring musician for a lengthy period of time. The social implications in punk and hardcore play a role in his drawings, providing both subject matter and a means to interrogate interpersonal relations, political systems, cultural issues, and socio-economic status.

As a child, Abe was introduced to European comics, namely Tintin, Asterix, and Willy and Wanda. He enjoyed them all, but Tintin really left a mark; the art was distinctive, clean, precise, and the sophisticated plotlines appealed to him. A few years later, while living in Berkeley, California, with his mom and spending hours in the seminal comic bookstore Comics & Comix, he stumbled across a new series called Elfquest. Being a Tolkien head, Abe not only enjoyed the Elves, he was also captivated by the art—black-and-white ink work, fairly clean, with judicious crosshatching. While he did not know about crosshatching or any other art techniques at the time, the imagery stuck with him. During the same period in his life, he and his dad conceived a comic together, a Tintin knock off they had fun creating and which is a powerful memory for him even today.

By the time he attended high school, Abe attempted some more serious drawing, but, by his own admission, the results lacked sophistication. He also had a friend with a lot of natural talent, which was both discouraging and annoying, so he gave up drawing. However, something his father said when Abe was 12 always resonated with him. His dad had gone back to school to become an architect and was doing a lot of quality sketching. He asked his dad if he had always been good at drawing. When his father shared that he had to work hard at it, that it was not just a natural talent, Abe took it to heart. While it did not inspire him immediately, this simple statement stuck with him and would come back to influence him years later.

Fast forward thirty-five years, and Abe found himself at a crossroads. In the midst of a divorce, he was a talented musician and writer not able to make a living at either, and his life was in disarray. Needing a new windmill at which to tilt, he decided it would be the ideal time to realize his lifelong ambition of learning to draw well. He threw himself into figuring out how to draw, utilizing instructional books, YouTube tutorials, and lots of practice. Eventually he found his style—pen and ink, the medium that most speaks to him. He began to feel comfortable drawing portraits, and he started to sell his work. People and bands began commissioning him for pieces. Despite not having any formal training, he hesitates to call himself self-taught, if it weren’t for Alphonso Dunn, Betty Edwards, Arthur Guptil, and many other fine artists and instructors, he wouldn’t know how to draw. He likes to say he studied under them—they just do not know it. While it was portrait drawing that first began to get Abe noticed, his performance pieces, which depict rock musicians in their most raw, energetic, and true state, are what is now capturing the attention of collectors. 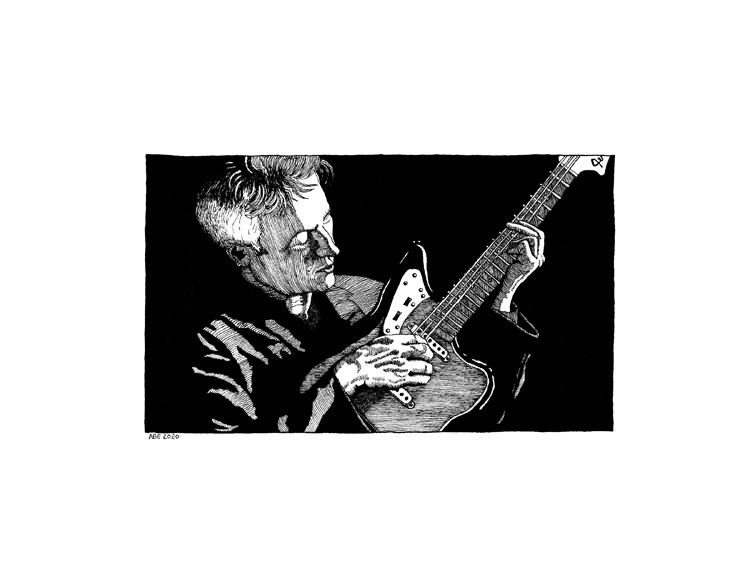 Many artists contributed to his learning to draw, but Abe credits three who have been especially influential in his style and messaging. Raymond Pettibon, the iconic American artist whose iconoclastic pen-and-ink drawings laced with searing social commentary adorn the LPs of Black Flag, Minutemen, and others, is a long-standing influence. More recently, the consummate sketch artist Paul Heaston, a luminary in the worldwide urban sketchers movement, who happens to live in Abe’s current town of residence, inspires him with his technical prowess and prolific output. Finally, Chris Shary, another well-known punk artist and a friend who Abe has known for a long time, has been a compelling role model. Through Chris, Abe has learned a lot about the technical aspects of art as well as the art industry—with topics as wide ranging as methods of drawing to how to sell art and what to charge.

Abe feels very fortunate to have been able to follow a number of his passions, most recently art, something he has always wanted to create from a young age. He has put in the time and dedication to hone his craft and to develop his own style. In doing so, he also feels lucky to have learned from superlative artists, some of whom he has been able to gain skills from firsthand. While still very early in his career, having only started formally drawing five years ago, he’s striving to make up for lost time. His works can be seen on his website as well as his social media pages: Instagram and Twitter.