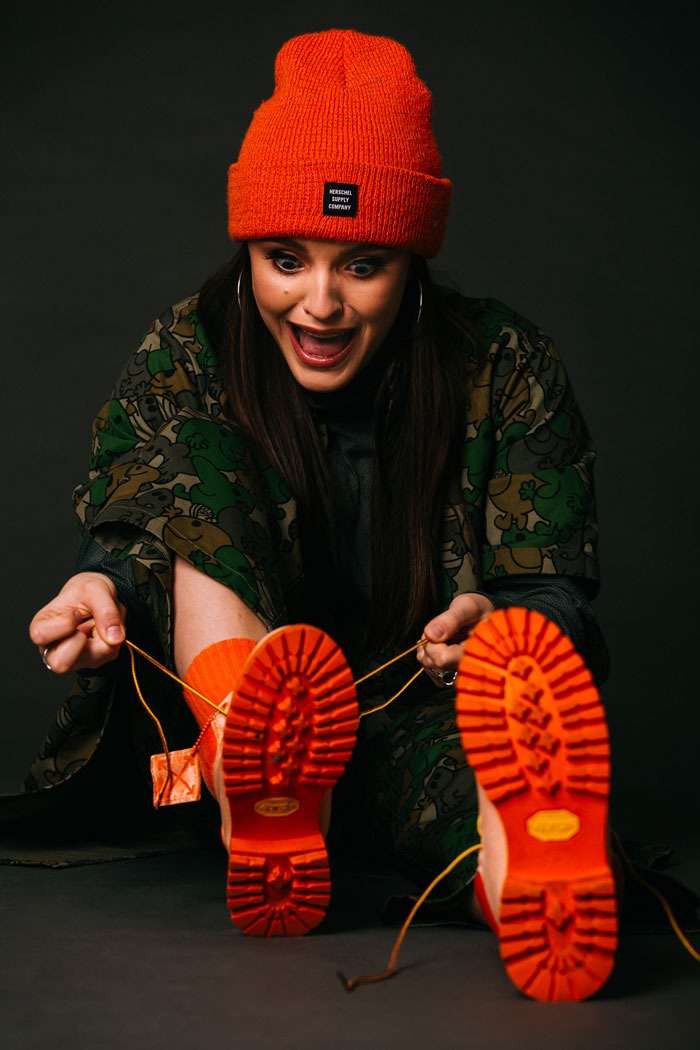 Since day dot, music has been my little imaginary friend/sidekick. Growing up I was obsessed with my Walkman and buying/collecting Singles/Albums/Compilation CD’s, I was literally non- responsive whenever I had my Walkman in, it actually became a running joke. So that love was with me all throughout my childhood.

I had my first ideas of really taking music seriously when I found out about an audition for Berklee College of Music whilst I was working in Paris. One of the Berklee faculty was really impressed with me, and put in a recommendation with my application. In January 2014, they offered me a place, and it was then that I really started to pursue music seriously, as I had previously gotten a place at a really prestigious business program at the University of Exeter, but my gut was shouting at me to take the place at Berklee. So, honestly, from then on I never looked back and moved to Boston, attended Berklee and here we are now!

For me, I think it’s so important to stand out sonically, and to have your own flavour. I feel like the ultimate achievement is when someone can hear a snippet of your music and immediately go ‘oh yeah, that’s Olivia Swann’. I think this takes time though, like you’re not going to discover ‘you’ overnight, it’s for sure a process. And that sound is bound to change over time as well, but I think this starts with what you are influenced by. It goes without saying that my musical makeup, from everything I’ve been listening to over the years has shaped my sound today.

I am definitely being as authentic as possible with my sound, I feel that my voice is very distinct, my tone and feeling in my songs makes my music recognisable and relatable, and I’m not trying to ride anyone else’s waves. I think the coolest thing is exploring yourself, and seeing where your own sound can go and grow. I’ve always been comfortable with exploring me and my sound and staying original in my own way. I’m so attracted to that originality and comfortability of self.

My musical influences and inspirations are so vast, and encompass so many genres. R&B, Pop and Hip Hop are what I grew up listening to. I skipped the whole Rock/Emo phase as a kid and was instead obsessed with rappers such as The Game, 50 Cent, 2Pac and Eminem. When I was at college though, I started to really get into Jazz, Gospel, and other genres I’d never even considered I could connect with like Brazilian music. I think it’s a beautiful thing being influenced by so many different genres, I think that it’s one of the best ways to create an authentic sound, something that represents you.

The harmony in jazz has definitely influenced my writing, artists such as Amy Winehouse really opened my eyes to that bridge of pop/jazz and how simple jazz chords can be so impactful. The flow and swag/attitude of hiphop has most definitely influenced my writing style as well as my vocal delivery. The melodies in R&B have had a huge impact on me and my vocal choices, and I think pop music in terms of its form/structure and melody has for sure influenced me sonically.

Some of my biggest inspirations have such an amalgamation of sounds that all blend in to creating their own unique sonic footprint that makes them so timeless and identifiable which I love! Artists like Erykah Badu, Chet Baker and Outkast really are the epitome of this for me.

Your latest release ‘Salty’ feat. Jane Handcock is out now. Can you please describe the creative process and explain the inspiration behind the single?

So ‘Salty’ is unfortunately a true story, created as a result of a shitty housemate experience stealing my sneakers! As a self-diagnosed sneakerhead, I just had to do something with my feelings, as it is honestly one of the worst things she could have done to me. Like, seriously, why not steal someone’s Crocs, sandals, hoodie or anything else?!

I was sharing a house with a girl who stole my brand new, unworn pair of red & black, Retro, Flu Game Jordan 12’s. Which was bad enough, until she posted selfies wearing her ‘new shoes’ all over Instagram and was getting so many double taps & comments about ‘her’ amazing style. I wrote it in California with writers Darcy Callus, Maya Batra plus Jane Handcock, (who features on it) and it was one of the quickest songs I’ve written! I guess when something is so fresh and has happened to you, it’s a very easy creative flow. Then Jane came in & really added some sauce to the track!

I felt that throwback West Coast/R&B vibe on Salty, so collaborated with one of my favourite producers, Symphony, who’s also out in LA, who then made my sonic dreams come to life! I had a rough start with this story, but the best things ended up happening from it; I made Salty, I eventually bought another pair of the Jordans & designed my own Salty kicks!

Honestly for me, it’s just accepting that having the good and the bad is inevitable, I think it’s just trying to make the bad moments just moments, you just have to kinda go with it. I think I learn most anyway and gain strength in the times where I’m feeling the worst. Deep down, I’ve got that hope and drive that will never go away. I think mostly what keeps me moving is knowing how much I want to accomplish and reminding myself of the long term, it really helps put a shitty day into perspective.

Over the past couple of years, whilst making the music that is now finally getting released, I’ve been so blessed to have some crazy ‘pinch me’ moments!

Firstly, I managed to meet one of my biggest inspirations, James Fauntleroy on a writing camp in California. He was so wonderful and giving and we ended up staying in touch. Ever since he has opened up so many doors for me, like introducing me to Rance and the rest of 1500 OR NOTHIN’ and inviting me to be a part of their 1500 Sound Academy in Inglewood, California.

Last year, I was personally invited by Rico Love to be a part of his latest project which is dropping May 8th! I am lucky to be on this project alongside some of my favourite artists in the industry right now, like Sevyn and Ling Hussle. Working with Rico was definitely a ‘wow’ moment, he has written some of my favourite songs of all time like ‘Sweet Dreams’ for Beyonce, so to be recognised and supported by him is a huge blessing. He flew me out to Miami to record the song, we had a great time in the studio and this is just the beginning of us working together, watch this space!

Stefflon Don/Anne Marie – In the midst of all of this corona madness, so many artists have been hosting dope opportunities for artists, and a couple of nights ago, I was lucky enough to be featured on Stefflon Don’s IG Live where she and her fans as well as guests like Anne Marie watched me sing. They really loved the performance and were so gracious , I’m honestly so grateful to Steff for giving me that platform. It is definitely the highlight of my quarantine so far!

Feeling super blessed because ‘Salty’ has been getting so much love from radio. So far, it’s been dropped on Rebecca Judd’s show on Beats 1, as well as being Record of the Week for RINSE FM’s RCRDSHOP Show, and also has been dropped in Australia on JOYFM. It’s my first ever single, so to have this much support already is so amazing. MADDDD 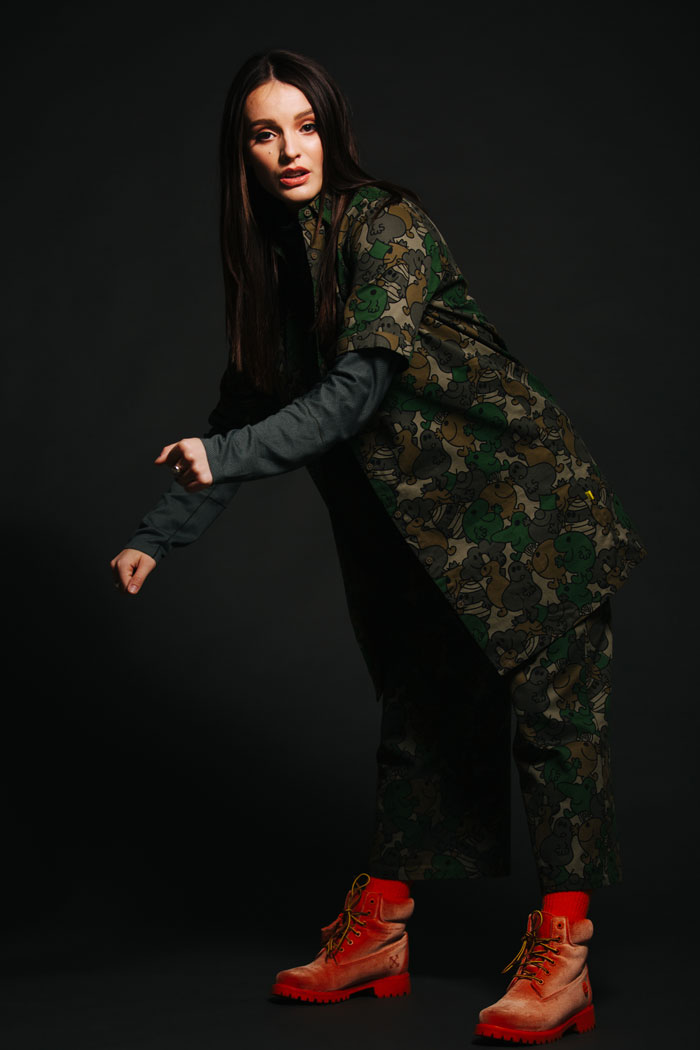 A song I wrote called ‘I Care’ . Whilst I was at Berklee, I met an old lady who was homeless, she used to hang around next to my apartment, so we ended up talking and she reminded me so much of my Grandma. She was 75 when I met her, and became homeless at 72. Which completely shook me to the core. I felt so compelled to write a song about her. It’s a song really trying to tell her story of how she is feeling, how people feel overlooked and misunderstood, but I noticed her, I valued her.

The first thing I think is to be patient with yourself. Allow yourself to take the time to understand who you are, who you want to be, what your sound is, all of these things so then you’re prepared and sure of yourself before entering the industry where everybody is going to have an opinion on who you are and who you should be. And consistency is so key. Keep persevering and don’t give up pursuing what you want.

It’s such a busy year for me! I’m so excited because I’m going to be dropping 3 more singles, as well as well as collaborating with some really dope producers/writers in the US as well as here in the UK. This quarantine won’t stop me!

What’s the first thing you’ll do when lockdown ends?

Honestly I am in desperate need of live sport to return. I cannot wait for the Premier League, EFL, the NBA and NCAA to start back up again, a bar and a big screen is what I’m after.