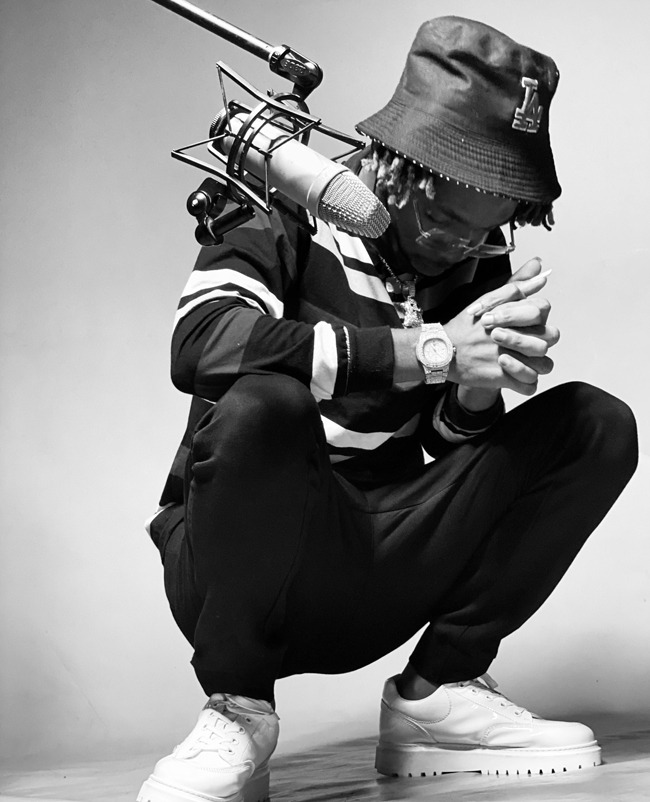 Exploding onto the UK hip hop scene with his unique blend of genres that lends him a distinct and versatile sound, Nigerian singer-songwriter and rapper, Remykid, began his career in 2017 and released a well-received sequence of singles and EPs between then and 2020. Following the circulation of his debut mixtape album last year, Remykid is proud to release his follow up EP, Sweet and Wavey, which has proven to be his most successful record to date.

“What I love the most about being a musician is the love that I receive back from my fans,” Remykid says. And love is certainly what they gave to him. With the debut single ‘Who Dem Help’ being released on April 11, the track quickly peaked in the top 25 on SubmitHub’s world music charts, becoming Remykid’s highest streamed single. Additionally, the video for ‘Who Dem Help’ premiered on Link Up TV marking his first video to feature on the platform.

In addition to being eclectic in its style and combination of genres, Sweet and Wavey is also diverse in its subject matter. In just five songs, Remykid is able to combine UK hip hop flavour with bashment and afrobeat to discuss love, sex, and attraction in tracks such as ‘Girl, You Got Me,’ and ‘Night Love,’ as well as more conscious topics such s the influence of the web on our lives in ‘Internet.’ With his versatility at the forefront of his craft, Remykid is aiming for Sweet and Wavey to not just be the soundtrack to the summer but the accepted new sound of British hip hop in 2021. And this certainly won’t be the last you hear from this talented artist.

“I’m motivated by being the person I’ve told others I want to be,” said Remykid. “And on top of that, sounding the way I’ve told people I want to sound. That’s what made me want to be a musician and continue putting out the type of music I am releasing.”

Grab a copy of Sweet and Wavey today and get ready to sing along. You won’t want to sleep on Remykid.

‘Sweet and Wavey’ is available now via all major platforms.