The summer is winding down but Haviah Mighty is continuing to level up. Today, the multiple award-winning Toronto-based artist delivers the elements of her A-game on Tesla. Produced by Haviah Mighty and Young Dreadz, the bass-heavy and reggae inflected track will be featured on her forthcoming Stock Exchange mixtape, out November 12 on Mighty Gang Inc. 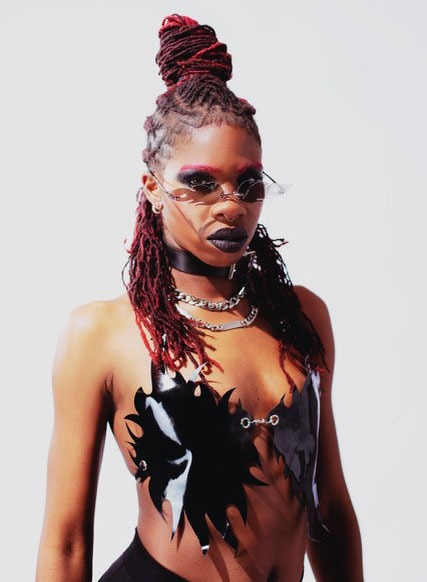 Tesla arrives with a video games-inspired music video – watch Haviah as she drives through Toronto in the iconic whips as the winner of her own race along the way here with the visualizer by BlackPowerBarbie.

The song was initially inspired by Haviah’s first US mini tour just before the pandemic set in, writing the first lyrics while fuelled by Los Angeles sunshine, striving for more.

Haviah says: “Being fresh off the high from freestyling on Sway in the Morning just a few days earlier, to performing in New York, San Francisco, Los Angeles…all of this solidified something in my mind – the idea that I could really achieve this. The only thing I have to do is continue to work hard. One thing I’ve always worried about is being stagnant and only being recognized for the last thing that I’ve done, so maintaining this work ethic has to be a focal point for me.”

“While much of this song talks about the things that I feel I’m on my way to achieving, some of which being those nice-to-have material things – for me, these things are symbolic of something more abstract – a lifestyle that I couldn’t fathom prior.”

Tesla follows Flamenco, featuring multiple Latin GRAMMY winning Barcelona-based artist, Mala Rodríguez. Continuing to raise the heat off her latest banger, Avocado (featuring producer, Grandtheft), Haviah steps to the beat and pulse in this sensual, castanet-inflected track reminiscent of an adventure in a new place, with a sound that embodies the striking, powerful energy of its namesake artform. Listen to Flamenco and watch the visualizer by BlackPowerBarbie here.

Stock Exchange will follow Haviah’s 2019 Polaris Music Prize-winning album, 13th Floor. In addition to Mala, Haviah’s forthcoming Stock Exchange mixtape is an international endeavour that will include collaborations with Yizzy (appearing on audio/visual, Protest), US artists Jalen Santoy (Way Too Fast) and Old Man Saxon (Antisocial), to Toronto artists TOBi (Good On My Own Tonight) and Grandtheft (Avocado), with more to be announced. The title refers to a reckoning Haviah had internally over the last year, connecting with how artists are forced to validate their value based on random data (followers, subscribers) and losing a part of the authentic human-to-human universal experience of art.

This fall, after a string of festival performance across Canada, she will head to the UK for her debut at FOCUS Wales in October.

‘Tesla’ is available now via all major platforms.