Bringing a lively, organic soundscape into her music to capture her folky roots: ‘Kitchen Table’ is the latest release from Ea Kaya 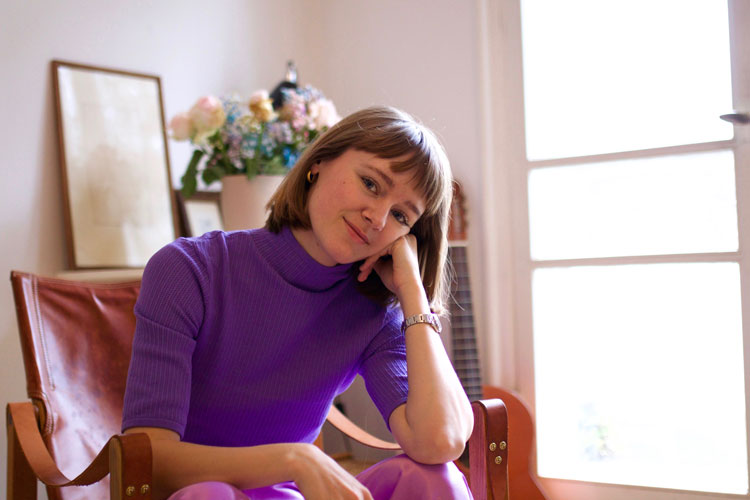 “The true novelty of Ea Kaya’s style is her ability to marry her lovesick, intimate verses with an addictive and commanding chorus.” – Arc Street Journal

The young Dane’s got a special gift for storytelling and you’ll find yourself humming her melodies after a single listen.

Growing up in Copenhagen, the songstress spent a handful of her teenage years sharing content online. The YouTube-wave hadn’t yet reached Denmark, and though classmates found her weird, the determined teen hit two million views by the shy age of 15.

When finishing high school, Ea Kaya engaged in various projects throughout the next few years. At 21, the young lady recorded a solid amount of demos and in September 2016, indie label No3 (CHINAH, Kill J) received these. Same year, Ea Kaya was offered a record deal.

Two years down the road, Ea Kaya’s been tipped by industry heavyweights and countless tastemakers online to be one to watch. The debut EP ‘Fragile But Strong As Hell’ was released January 2019 and is closing in on 15 million streams.

Ea Kaya’s next chapter will focus on bringing a lively, organic soundscape into her music to capture her folky roots. Furthermore, the songs will dig a lot deeper than previously. Have a listen to the first release ‘Kitchen Table’, which is about the realization that you may not be right for the person that you love.

‘Kitchen Table’ was released on March 20th via No3 / disco:wax.