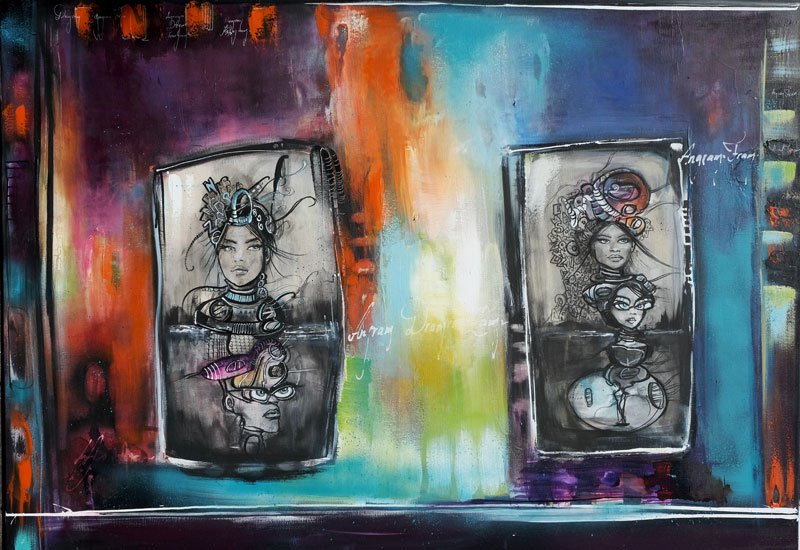 Katja van Strijk is a self-taught painter. Born in Zofingen, Switzerland Katja was influenced from an early age by her uncle, Piero Pistone, an Italian painter. When he would paint; Katja, a young child at the time, would look over his shoulder as he worked. She remembers being fascinated by the colours and shapes on the paper. For young Katja accompanying her uncle on his paint purchases gave her incredible joy. She loved the excursions to these tiny little shops that smelled of oil paint. Those outings only furthered her desire to immerse herself in the world of art.

After graduating university Katja found her dream job, as an Art Ambassador Manager for the Royal Talens’ paint company. Her career affords her the opportunity to travel the world, giving workshops to art dealers and teachers from art faculties across Europe. Her expertise in the art field also led her to become a referee and member of the Swiss Association of Colours. These opportunities have allowed Katja to meet artists from all over the world. She truly has been able to turn her passion into a profession.

Inspired by diversity, Katja embraces the uniqueness of each country she has had the good fortune to visit, as well as the individuality of each person she meets. She feels lucky to have met such a wide range of people encompassing different cultural backgrounds, religious beliefs, ethnicities, age, gender and economic status. It is these experiences that influence Katja and which move her to create.

Katja’s works are full of matter; rich and elaborate, they show exquisite combinations of colours and textures, which she harmonizes with her imagery. Her paintings create an open dialogue, leading to a wide range of possibilities as to the story behind her works. Sometimes amusing, sometimes full of mystery her paintings pull the viewer in, leaving the viewer wanting to learn more about the subjects portrayed.

Over the years Katja has painted mostly abstract figurative works in acrylic, however; her favourite motif at the moment is women with strong characters. While Katja has created male themed pieces, it is the painting of women that inspires her. Her signature works depict females who seem to be at peace with themselves, while also portraying strength and a fascinatingly self-confident aura. 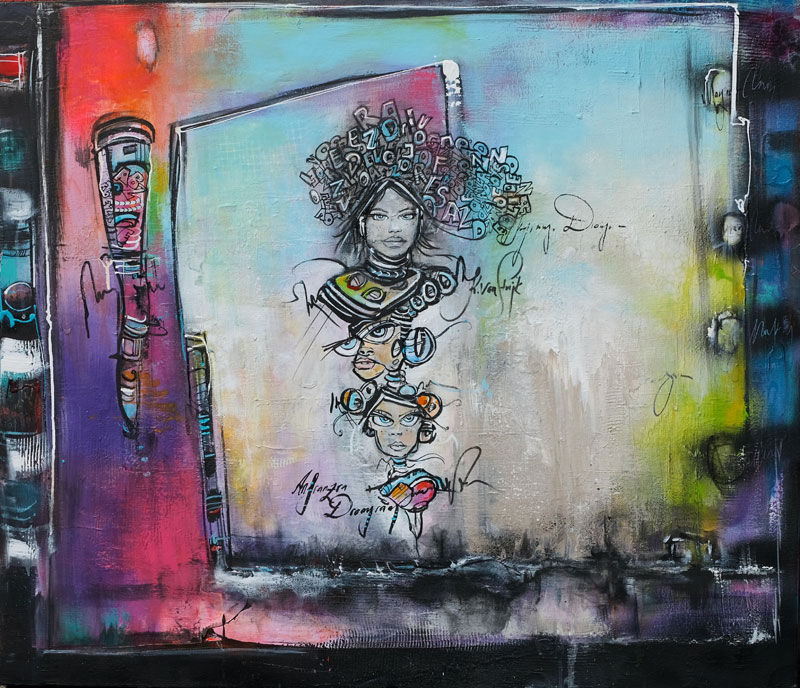 Katja’s recognition in the art industry is growing. Last year she worked with the Rijkmusuem in the Netherlands to host the 350th anniversary of Rembrandt’s death. Independently of her working with the museum, she applied to a juried exhibition, “Long Live Rembrandt”. Her painting was one of the 575 chosen works, out of more than 8500 entries, inspired by the Dutch master. These experiences were dreams come true for Katja, whose early works were influenced by Rembrandt. Considered the “Master of Light”, Katja learned from his works how to create dramatic lighting to make scenes more intense and exciting.

Katja’s face also adorned the Royal Talens’ “That’s Me” Van Gogh campaign. Van Gogh an autodidact, like Katja, has always inspired her. Being a self-taught artist she has learned through trial but with a completely open mind and rule free approach to creating. For her she identified very well with the campaign, being an artist who is able to produce her own unique works.