Vulnerable and authentic: Introducing emerging R&B singer-songwriter T.Fernandez and her debut EP ‘In My Poetic Feels’ 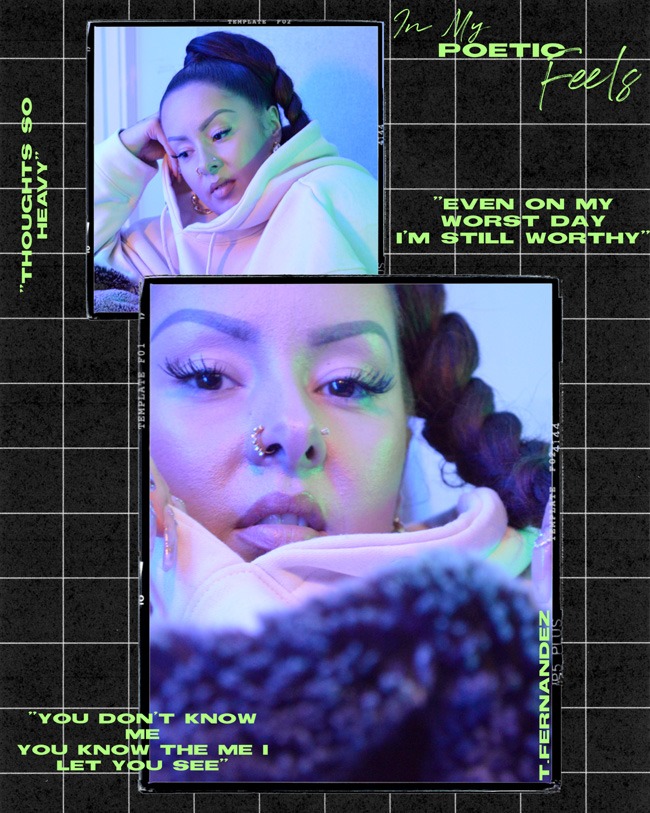 Composed from scribbles in her notebook, the eight track EP reaches out to those who feel alone in their feelings and experiences. Coming from a place of personal experience, T.Fernandez sings of anxiety, self-worth, desire and relationships with sweet determination. Her dulcet vocals sweep us into her world with slick production provided by producer and artist Scam.

Known for her bittersweet lyrics delivered with intense precision and a striking open heartedness, T.Fernandez is an intriguing R&B singer. Based in London, T.Fernandez traces her love of music from belting out Mariah Carey at the top of her lungs and Cello lessons at the age of nine. Known for carrying around a pocketbook of lyrical scribbles, the poetry of her words is often the first thing to be noticed in her tracks, which are delivered by the sweetest voice. For fans of Ariana Grande and Jhene Aiko, T.Fernandez is gearing up for a massive year with the release of her debut EP.

‘In My Poetic Feels’ is available now via all major platforms.