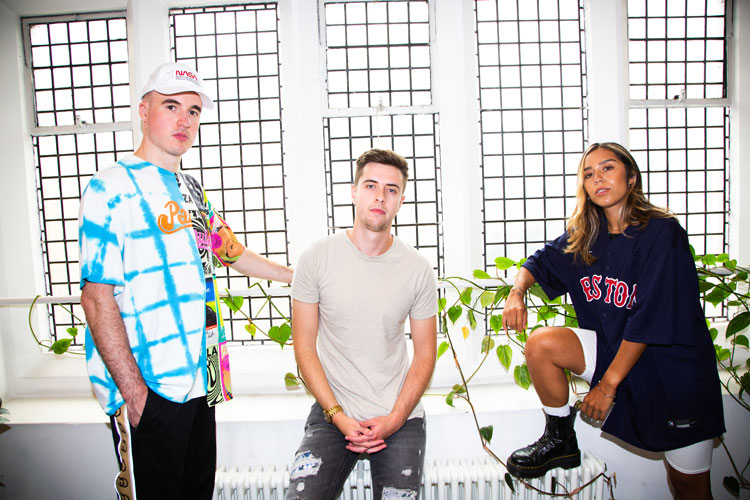 Vize Verza is comprised of UK producers Ben Duncombe (better known as Franklin), Ollie Green and singer-songwriter & pro footballer Chelcee Grimes. All three acts have gained success separately; under his Franklin moniker Ben has scored a #1 on the UK Dance Charts with his collaboration with Nina Nesbitt and went on to remix tracks for the likes of James Arthur and Mabel, as well as producing releases for Karen Harding and Digital Farm Animals.

Ollie Green produced Freya Ridings’ 2017 hit single ‘Lost Without You’ and went on to produce much of her debut album which charted at #3 in the UK and has been streamed over 500m times globally. He has also worked with the likes of Tiesto & Becky Hill, James Newman and Ella Henderson.

Singer-songwriter and Tranmere Rovers LFC footballer Chelcee Grimes is successfully straddling a career in both music and sports. Her debut single ‘Just Like That’ landed in Spotify UK’s New Music Friday Top 10 and gained a wealth of support from MTV, Wonderland, Gay Times and more. She has written for the likes of Dua Lipa, Zara Larsson, Kylie Minogue and Little Mix to name a few. Additionally, Chelcee presented during the BBC’s Women’s World Cup coverage and is now one of the anchors of MOTDX. Alongside her burgeoning music career, Chelcee’s becoming a notable name for the BBC’s football coverage and has recently taken part in UNIVEF’s Soccer Aid 2020.

Ben: My first music festival with my friends.

Chelcee: Music is the only other thing I found that made me feel the same as playing football.

Ollie: I had piano lessons on my upright piano in my house and I loved it ever since!

What differs you and your sound from other upcoming artists in the
music industry?

Chelcee: Firstly I think there isn’t too many “DJ” acts as a trio where a male and female vocal are throughout the record. You have collabs, but I think it’s cool you always hear more than one voice in our music.

Your debut single ‘Temporary’ is out now. Can you please describe the creative process and explain the meaning behind the single?

Chelcee: It was about my relationship. It was a bit up & down and all over the place and I was back & forth. I went into the studio and told the boys I didn’t want something so “temporary”- I wanted something either all in or not at all and the song basically wrote itself.

Chelcee: Don’t take it personally. Not everyone has a perfect life, not everyone writes a hit record, even Messi doesn’t score in every game. Go again! And be excited about tomorrow!

Chelcee: We have some great records we’re really proud of – but when we wrote ‘Temporary’ we all loved it instantly and knew it was the perfect first single for us to start this journey.

Chlecee: I got to work with Calvin Harris in his place in LA! That was crazy & I’m a huge Lady Gaga / Red One fan and used to tweet him daily asking to work with him! & I finally got the call. That was a pinch myself moment musically. I played Soccer Aid the other week too – that’s something I’ve always dreamt about. I went as a fan 2 years ago, and then this year I was playing! CRAZY!!!! 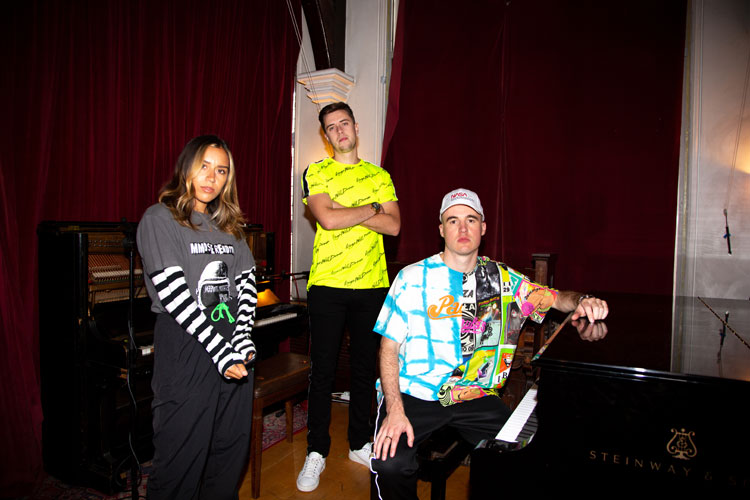 Ollie: I would say, enjoy it. Work hard, and even harder. Have fun, but just honestly enjoy what you’re doing for a living.

Ben: More music! More writing songs with my mates and hopefully being able to play these songs live once this crazy time is over! We can’t wait for that!!! And a hit or 2 😉

Chelcee: I learned how to drive!!! I only got 1 wrong on my theory and I’m taking my test next month! (Wish me luck)

‘Temporary’ is available now via all major platforms.