An alt-pop offering detailing the hardships of unrequited feelings: ‘Friend’ is the latest release from Anglo-French songstress Zoey Lily

Anglo-French songstress Zoey Lily returns with her latest release, an alt-pop offering detailing the hardships of unrequited feelings in ‘Friend’, out now!

Following her blooming entrance to her music career with moments such as: headlining O2 Islington with Academy Music Group, playing a sold-out headline show at The Waiting Room and being championed by BBC London as a ‘featured artist’. Zoey Lily continuously sets the bar high for herself, including performing for BBC Introducing, ‘Summer By The River’, and even been selected and invited to take part in Tommy Hilfiger’s ‘Music Takes Us Further’ Campaign. ‘Friend’ is the start to Zoey’s upcoming EP ‘Too Many Nights’ set to be released this autumn.

‘Friend’ is a track with truth. Holding her honesty within a melancholic tempo and rich chords, Zoey’s delicate vocals add a second layer to the emotive undertones of this track and carry through its tender message. Hinting at the complications of when feelings get involved in a friendship, this song is relatable for many, yet made more relatable by Zoey.

In Zoey Lily’s own words, she explains;

“I wrote ‘Friend’ about a friendship that slowly started falling apart when love got involved because I couldn’t return the kind of love my friend was looking for in me.” 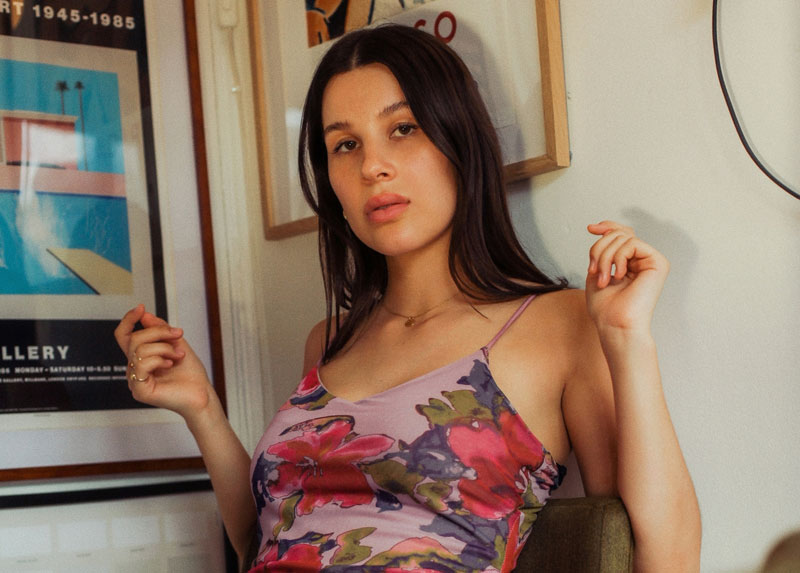 Accompanying the release of ‘Friend’, Zoey Lily brings a music video. Shot in a Parisian style apartment, Zoey flips through her old photobook as she navigates this love story. Not only being the powerhouse behind her music, Zoey took control of her vision for ‘Friend’ and produced, co-directed and edited the music video.

“‘Friend’ is my first ever music video. I had the vision for the music video in my head ever since writing the song but it took me months to prep everything for the shoot. I wanted viewers to really get a sense of my personality and artistic direction so I wrote the treatment, co-directed and edited it myself taking inspiration from short films and a Parisian aesthetic which also correlates to the French lyrics in the song.”

‘Friend’ is available now via all major platforms.