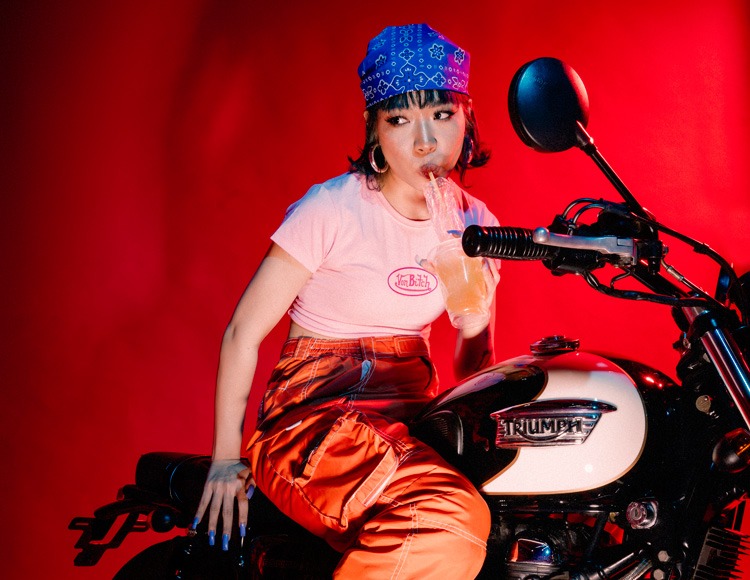 Marked by the release of the Latin-textured “Vaselina”, empowering “Look at Me Now” and the deeply poignant and stylistically contrasting “The Emo Song”, the chart-topping Indonesian rapper now adds seven additional tracks to her repertoire with Can’t Speak English.

Contrary to the album’s title, Ramengvrl can clearly speak English, but behind the tongue-in-cheek title are themes and messages that come from a place of intimacy and honesty. Operating under a hopeful, idealistic banner, Ramengvrl pours her soul and unfiltered thoughts to deliver a message of hope, acceptance, and perseverance to listeners. Drawing from her own life experiences, Can’t Speak English encourages listeners to be whoever you want to be and fight the societal pressures or your own insecurities to achieve your dreams. The album cohesively provides a fresh perspective and enthralling lyricism, underpinned by Ramengvrl’s raw, honest storytelling.

The album addresses a core theme of identity as Ramengvrl tells a story of perseverance that comes from the honest, real experiences that have formed her into the person she is today and while also navigating a global industry and pursuing her dreams. Despite her bold, quirky personality and look that stands out from the conservative Indonesian society, she has overcome the odds and carved a path for not only women in music but Asian artists as a whole.

Sharing her thoughts about Can’t Speak English, Ramengvrl shared: “I am so happy to share this album with my fans; it tells the full story of my journey. Where I come from, what I’ve been through, the Ls and the wins, my feelings and a lot more. I’m super excited about it and for all my fans to get to know me a bit more, and I hope this album can also be something that you guys hold on to. I believe everyone can relate to the stories I tell in this body of work. I am only in my first chapter as an artist so this is just the beginning. The concept behind Can’t Speak English is whatever you want to be, you can make it happen – embrace your identity and don’t worry about making mistakes. We all have moments of doubt, but don’t let that or other people tell you that you can’t achieve your dreams. The title Can’t Speak English is a metaphor that represents this inferiority complex that I’ve had all my life. I’ve always felt the need to self-deprecate to ‘justify’ my shortcomings (one of them was ‘can’t speak English’, which is a phrase that I said quite a lot when I was in the States recording for the album), but at one point I was like, ‘Why do I keep selling myself short? Why can’t I switch to thinking something like, ‘Yeah, I do deserve to be here’?”. I wanna tell people that whatever your background is, or your shortcomings, or whatever, if you keep doing it, and keep honing it, you’ll eventually get somewhere. And when you do, you gotta f*cking own it.”

Via tracks like “I’m Da Man” and “CA$HMERE” as well as her 2019 mixtape No Bethany, Ramengvrl’s music has amassed more than 30 million streams across the board, taking home some of Indonesia’s top music awards (including the prestigious Anugerah Musik Indonesia award in 2019 for Hip Hop Song Of The Year) and winning over the likes of VICE, THE FACE, NME, ONES TO WATCH and DJ MAG. Her releases so far have been heavily supported by Spotify, YouTube and Apple Music; including features on “New Era Asian Hip Hop”, “Beats & Rhymes”, “New Music Friday” and “Pop Rising” playlists among others. 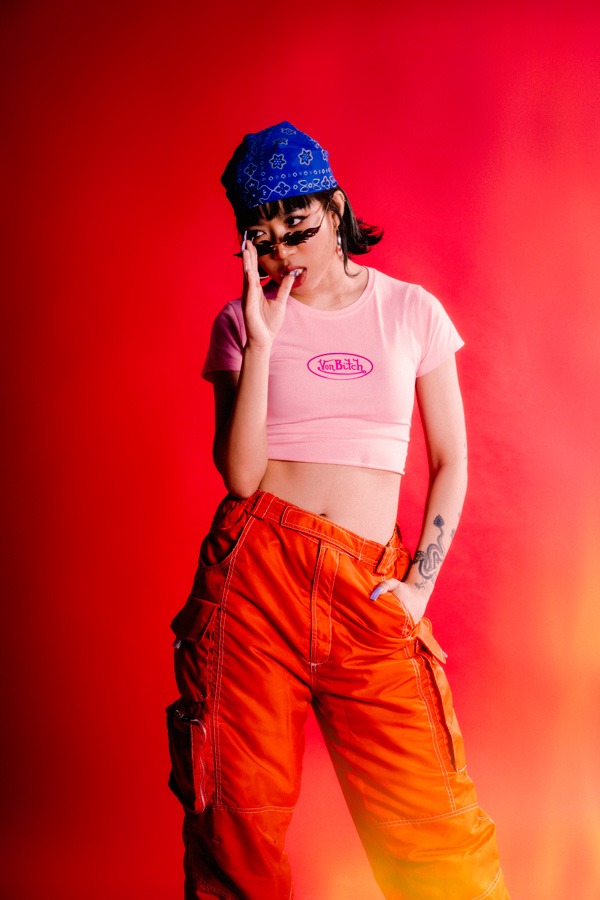 Now releasing under US-based outfit EMPIRE, which is home to releases from icons like Kendrick Lamar, Snoop Dogg, Tyga, Busta Rhymes, Anderson.Paak, Migos and Iggy Azalea, Ramengvrl hopes to have laid the foundation to be a global sensation that knows no limits and can bring a sound that is relevant and inspiring across cultures.

Raised by a conservative family in Indonesia, Ramengvrl’s forward-thinking style has made her an unlikely candidate to become one of Asia’s foremost hip-hop artists – yet Ramengvrl’s artistic risks have paid off, breaking through Asia’s music scene and using her platform to challenge conservatism; her rebellious spirit encouraging listeners across Indonesia to find the courage to do what they want to do, and be who they want to be.

With Can’t Speak English personifying Ramengvrl’s aspirational ‘no B.S.’ spirit and supported by a global team, Ramengvrl proves with her most cohesive work to date that she is on the cusp of greatness and is ready to bring a cross-cultural phenomenon to the globe.

Can’t Speak English is available now via all major platform.