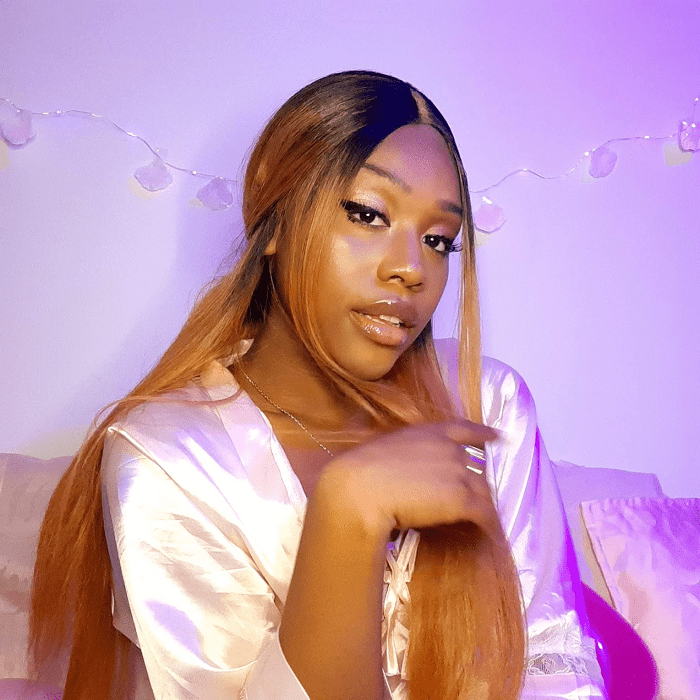 I have always been inspired by music itself. I admire the power that it has to change the way you think and feel simply by the instrumental alone. And then growing hearing amazing artists that complimented that backing track with their lyrics made the experience even better.  Seeing and hearing artists such as Lauryn Hill, Missy Elliot and Ariana Grande live their dreams and not feel like they’re working because they are simply just doing what they love is really what has inspired me to begin my career in the music industry.

When making music and listening to music, I don’t tend to put myself in a box. I love all types of music and I like to incorporate all of the different genres into my music and create my own little unique sound and identity through my melodies and lyrics. No disrespect to other upcoming artists but I don’t really know many others that do that.

I’m so in love with individuality it’s ridiculous. In my opinion the term and title singer-songwriter is so oversaturated in everyone’s Instagram bios. So even small things like that I like to change, which is why I now say vocalist and lyricist. It’s not a huge difference but I like doing the little subtle things that help me to stand out from every other artist.

Your latest debut release ‘Selfish’ is out now. Please describe the creative process and inspiration behind the single?

I remember writing Selfish, I was on the train, on my way to college. I was given the idea to release a song the day before by a friend, so that night I went to YouTube and looked for some type beats. I didn’t have a producer at the time so that’s what I used to do. I came across an Ariana Grande Type beat called Selfish and all the ideas of where I could go with that just started flooding in.  So fast forward to the next morning as I said I was on the train writing, which probably was slightly annoying to the people around me because I’m sure I was humming a bit. I remember just getting melody idea after melody idea and all the lyrics honestly just started streaming out of me, I had to record little voice notes to myself so I didn’t forget anything.

It’s so funny to look back at them now, because the song is SO different. Selfish is the only one of my songs where I have completely changed both the lyrics and the melody of the verses after writing them, I never do that. I might tweak it here and there but I have never changed it. The reason I did change it was, after showing one of my friends that I work with, they stated that they knew I could do a lot better, they said they didn’t really feel the lyrics that much. So I sat with it for a while and started to write as honestly as could. And thus we have the finished product that you see today.

The inspiration for the song came from a past relationship, but it’s funny because every time I listen back to it, I look at how much I have grown, because I don’t even feel that way towards the person anymore. But nonetheless I almost have to thank him, because I would have never got the song without him

Watching people that generally inspire me. I love watching Ariana Grande’s “excuse me I love you tour” on Netflix and Beyoncé’s homecoming tour and even sometimes scrolling through my own page and listening back to my songs, not looking at the views or the likes but just listening the music makes me feel so proud and just makes me know that I can never give up cause I really have way too much to lose.

Oh wow that is a beautiful question, I’ve never actually been asked that before. It’s a tough one too, but if I’m being honest I’d probably have to say my song ‘Broken’ (on my YouTube and SoundCloud).I think I was 14 or so when I wrote that song. I’m quite an emotional person and feelings etc. tend to resonate with me very strongly so sometimes looking back I think wow Jhay some of that really wasn’t that big of a deal like come on now, but then some of it was. My parents had not long recently divorced and that really got me when I was younger and I can’t remember everything about that time period (thank God) but I know I was having issues with one of my childhood crushes (this is what I mean when I say some of it wasn’t that big of a deal) amongst other thing and think I just became very very overwhelmed so I wrote.

I had written many songs before this, but I think ‘Broken’ was the first time my parents started to pay attention to my lyrics and to my music because they, not only got some of the subliminal messages that I put in there but also realised that I actually had a very beautiful gift for writing both lyrics and melodies.

Although I absolutely LOVE all my songs, if I had to say which was the most meaningful I’d have to say Broken, but by no means is it my favourite, my writing style and sound has changed too much for it to be my favourite.

Keep a tunnel vision – It’s so easy to get strayed by looking left and right and looking at what everyone else is doing. That literally how you dim your light, because comparison kills. Especially in this day and age where everyone is so accessible it is so easy to compare yourself at the click of a button, but honestly when you release that peace over everything and that everyone is in their own lane you almost stop.

A quote that I came came up with a couple of years ago is, “just because some else is winning a race that doesn’t mean you’re losing it, you’re in two different races in two different lanes, so stay in yours” I was also watching a podcast with this singer-songwriter called Kamille and she made a comment that really stuck with me, and that was “Michael Jackson was sat around scrolling through Stevie wonder’s page, wondering what he was going to do next, no he was doing his own thing”. That really helped me put things into perspective. So that is the advice I would give anyone wanting to pursue this career. 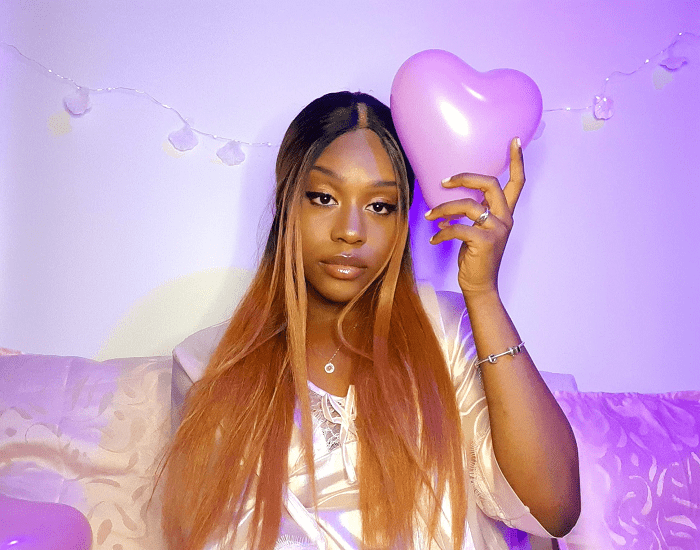 I really want to start releasing more music and building a solid fan base of supporters. I also want to continue building my social media platforms, and even actively start uploading to YouTube so that people can really get an insight of who I am and what I’m like behind all the music. Hopefully after lockdown everything gets semi-normal and gigs start back up again and huge festivals cause I would love to perform in those kinds of venues, like Glastonbury and Wireless even Coachella one day. That’s the dream, my friend and I were even talking about us all being on the line up of some of those major events one day.

During lockdown I’ve been developing my co-writing skills because my company Lyrical Content Productions launched in June and I’ve been doing a lot of sessions with different artists. So it’s been fun and challenging to understand different people’s writing processes and making sure that I can adapt to each setting and ensure that each artist feels comfortable. I have also decided to learn to mix my vocals and produce. I do have people that I work with that do those things for me but I think it’s always good to be independent and learn these skills for yourself.

‘Selfish’ is available now via all major platforms.